America has talent. This much we’ve known for years.

But America now has also a brand new reality host, someone who is ready to introduce said talent to the NBC viewing public.

One month after Nick Cannon shocked the world by resigning as host of America’s Got Talent, producers have found his successor as host.

In a very irritating Tweet that referred to herself in the third person, Tyra Banks Tweeted the following last night:

“Surprise! TyTy is the new host of #AGT,” Banks tweeted.

Not long after Banks’ confirmation, Mandel welcomed his new colleague with a GIF “introducing our new host.”

In recent years, the ex-supermodel has shifted her focus from on-camera television roles to the expansion of her personal brand across the professional sector.

In addition to that, she served as an advisor on numerous episodes of the Arnold Schwarzenegger-hosted Celebrity Apprentice.

She will be taking over on America’s Got Talent for Cannon, who engaged in a public spat with NBC executives in February.

The actor and comedian said he got in trouble for joking during a stand-up routine that emceeing America’s Got Talent was calling his "black card" into question.

Cannon went on to rant about how producers considered firing him for this remark, a near-decision that caused such outrage, Cannon went ahead and resigned in response.

"I find myself in a dark place having to make a decision that I wish I didn’t have to, but as a man, an artist and a voice for my community, I will not be silenced, controlled, or treated like a piece of property," Cannon wrote on Instagram.

"Not to get too detailed but this isn’t the first time executives have attempted to ‘put me in my place’ for so called unruly actions. I will not stand for it.

"My moral principles will easily walk away from the millions of dollars they hang over my head."

While Cannon was considered popular as host, initial Twitter reaction to this Banks news has been positive.

“@tyrabanks is going to do a great job hosting @nbcagt!" wrote one Twitter user, while Another fan added:

Where do you stand on Banks?

Did you even know Cannon was leaving?

How do you feel about this switch?

Are you psyched for Tyra Banks to host America’s Got Talent? VOTE NOW: 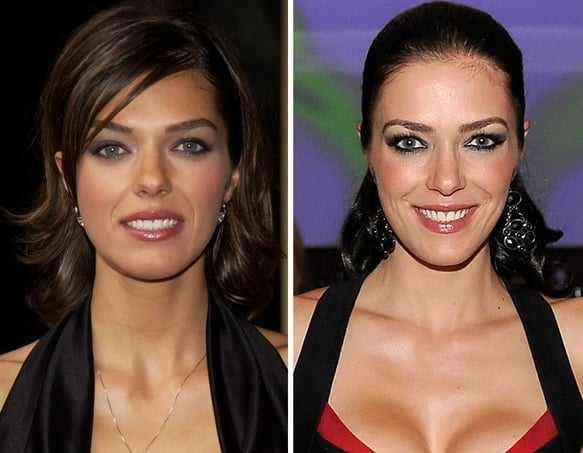 America’s Next Top Model Stars: Where Are They Now?