Donald Trump is not impressed in the slightest with The New Celebrity Apprentice.

If you recall, Arnold Schwarzenegger replaced Trump on the most recent season of the former NBC hit, but that was not the only change in store.

There was a new receptionist, a location change and even a Terminator inspired catchphrase. It was actually pretty good.

Then again, after being off the air for so long, we were probably just glad to have the show back.

Turns out, considerably less viewers checked the show out with the addition of Schwarzenegger.

The first episode could only muster 4.9 million viewers and a 1.3 rating in the all important 18-49 demographic.

That’s down from the 6.8 million and 2.4 rating from the premiere of the final Donald Trump fronted season which hit the air in January, 2015.

We can’t be the only ones who expected some bumper ratings – at least for the premiere.

There’s usually a curiosity factor that accompanies casting stunts like this.

Trump was quick to trash Arnold’s appearance after finding out just how terrible the ratings were.

“Wow, the ratings are in and Arnold Schwarzenegger got ‘swamped’ (or destroyed) by comparison to the ratings machine, DJT,” Trump, 70, tweeted on Friday, January 6.

“So much for being a movie star-and that was season 1 compared to season 14. Now compare him to my season 1. But who cares, he supported [John] Kasich & Hillary [Clinton].”

We sure hope Trump had FedEX on speed dial to send Arnie some ice for that burn.

Ever since it was announced that the former Governor of California would be taking Donald’s place on the reality series, Donald has made it clear he wants nothing to do with the show.

When people voiced their pleasure at Trump being ousted from the show, his adviser Kellyanne Conway revealed that Trump would still keep an executive producer credit on the show.

However, Trump later boasted on Twitter about the fact that he would have absolutely nothing to do with the show.

If you want to watch the likes of Nicole Snooki Polizzi, Porsha Williams and Boy George try to prove they have any business savvy, then tune in on Monday nights because it’s actually pretty fun to watch them realize they do not. 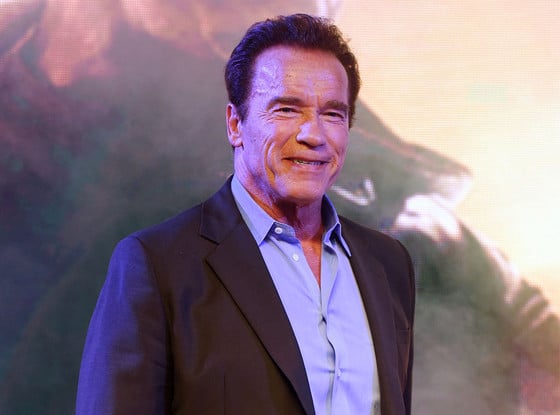