The barrage of baffling information pouring out of Trump Tower these days is such that it can be hard to keep track of who’s been appointed to what cabinet position, and which random-ass celebrity has paid a visit to the president-elect.

To compound the confusion, Trump has taken to slamming intelligence agencies like the CIA (an unprecedented move by an American president) in response to their reports that Russian cyber-attacks were coordinated to help Trump win the Electoral College.

It would be an ideal time for a conciliatory, middle-of-the-road pick for a top cabinet position in order to at least create the illusion that Trump has the slightest interest in mending fences following the ugliest presidential campaign in US history.

But Trump didn’t lose the popular vote by a mere 2.7 million votes by adhering to the rules of conventional wisdom and common sense!

So if you had your fingers crossed that the Donald would keep his promises to "bring the country together" and act like a human being who has any business serving as the President of the United States of America, it may be time to bury those hopes along with the rest of your dreams for the future.

Yesterday, Trump’s team announced that Exxon-Mobil CEO Rex Tillerson would be the president-elect’s choice for secretary of state.

The news was met with criticism from both sides of the aisle, as both Democrats and moderate Republicans had hoped for a more qualified candidate (say, someone who’s actually held some sort of public office before) with far less political baggage.

In addition to his ties with one of the world’s largest fossil fuel giants, Tillerson has a longstanding relationship with Russian President Vladimir Putin.

In fact, Putin awarded Tillerson Russia’s Order of Friendship medal in 2013, and the two have reached deals on billions of dollars in oil contracts that can only go forward if the US lifts sanctions against Russia.

Needless to say, folks who were hoping Trump would begin taking steps to distance himself from his Russian comrades are not thrilled with the Tillerson nomination.

In fairness, as CEO of Exxon, Tillerson did admit that climate change is a "problem," and that’s it up to humans to find an "engineering solution."

Of course, his company is also under investigation for lying to investors and the public about Exxon’s role in the climate crisis, so it looks like Rex is about as firm in his beliefs as his new boss.

In any event, the real loser here is Mitt Romney, who got roasted on social media for kissing some serious spray-tanned ass, only to be denied any sort of role within Trump’s administration.

Just kidding, the real loser is the American people.

We’re just trying to do that thing where we crack jokes to keep from bursting into tears. 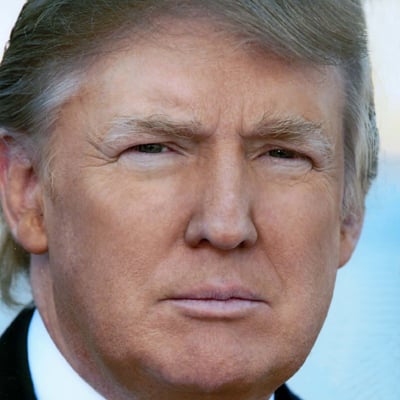