After recently getting blasted in a sexual sense by husband Dakota Meyer, Bristol Palin announced that she is pregnant with her third child.

But this expecting state hasn’t stopped the former Dancing with the Stars contestant from putting some pretty big-time celebrities on blast.

In her latest Pathos blog entry, Palin has focused her ire on 11 artists who have refused to perform at the Presidential inauguration for Donald Trump on January 20.

"Isn’t it amazing how ‘not cool’ it is to be conservative in the public eye?" Palin asks in the entry, adding:

"Either Hollywood is that far off — or we have so many sissies we have in the spot light too scared to stand for what they believe in!"

It could be either of those options, sure.

Or Hillary Clinton could have defeated Trump by millions of votes in California (which is where Hollywood is located, Bristol), so the views of these anti-Trump celebrities are actually right in line with their fellow Golden State residents.

Palin, whose famous mother supported Trump throughout his campaign, also complained about the "hypocrisy" of the circumstance.

"If Donald Trump were still just a regular old billionaire and threw in New York City, celebrities would be lined up out the door, and the most famous artists would be pining for a chance to perform," she argued.

This point doesn’t seem to be backed up by many facts, which may help explain why Bristol is such a big Trump fan.

You don’t see A-list singers just showing up at parties thrown by billionaires, do you?

Moreover, Trump may have been considered egotistical and annoying when he was just a "regular old billionaire," but he didn’t come across nearly as sexist, bitter, petty, dumb, bigoted and manipulative as he revealed himself to be throughout his Presidential campaign.

So, yes, perhaps in some universe some of these stars would have performed for "regular" Donald Trump.

But times have very sadly changed.

Trump, of course, has found it nearly impossible to line up any acts for his inauguration.

He has claimed on Twitter that he doesn’t care, although he also claimed that these A-listers want to be in attendance in D.C. on January 20.

“The so-called ‘A’ list celebrities are all wanting tickets to the inauguration, but look what they did for Hillary — NOTHING I want the PEOPLE!" he wrote earlier this month.

Chrissy Teigen openly scoffed at the notion that someone as thin-skinned as Trump is actually okay with being disliked by so much of Hollywood.

"We ALL know you are dying without the approval, dear," Teigen Tweeted at Trump in response.

Palin, meanwhile, expressed support for 16-year-old Jackie Evancho, the former America’s Got Talent runner-up who was confirmed as performer at next month’s inaugural events.

She referred to the Evancho’s decision to take to this worldwide stage as the "best" one she has made "yet" in her career.

We’ll see if that holds true.

We’ll see if her career takes off after she sings in honor of the 45th President of the United States in a few weeks.

Until then, we’ll try to answer the question that we’re guessing is on the minds of most readers out there:

Who the heck is Jackie Evancho?!? 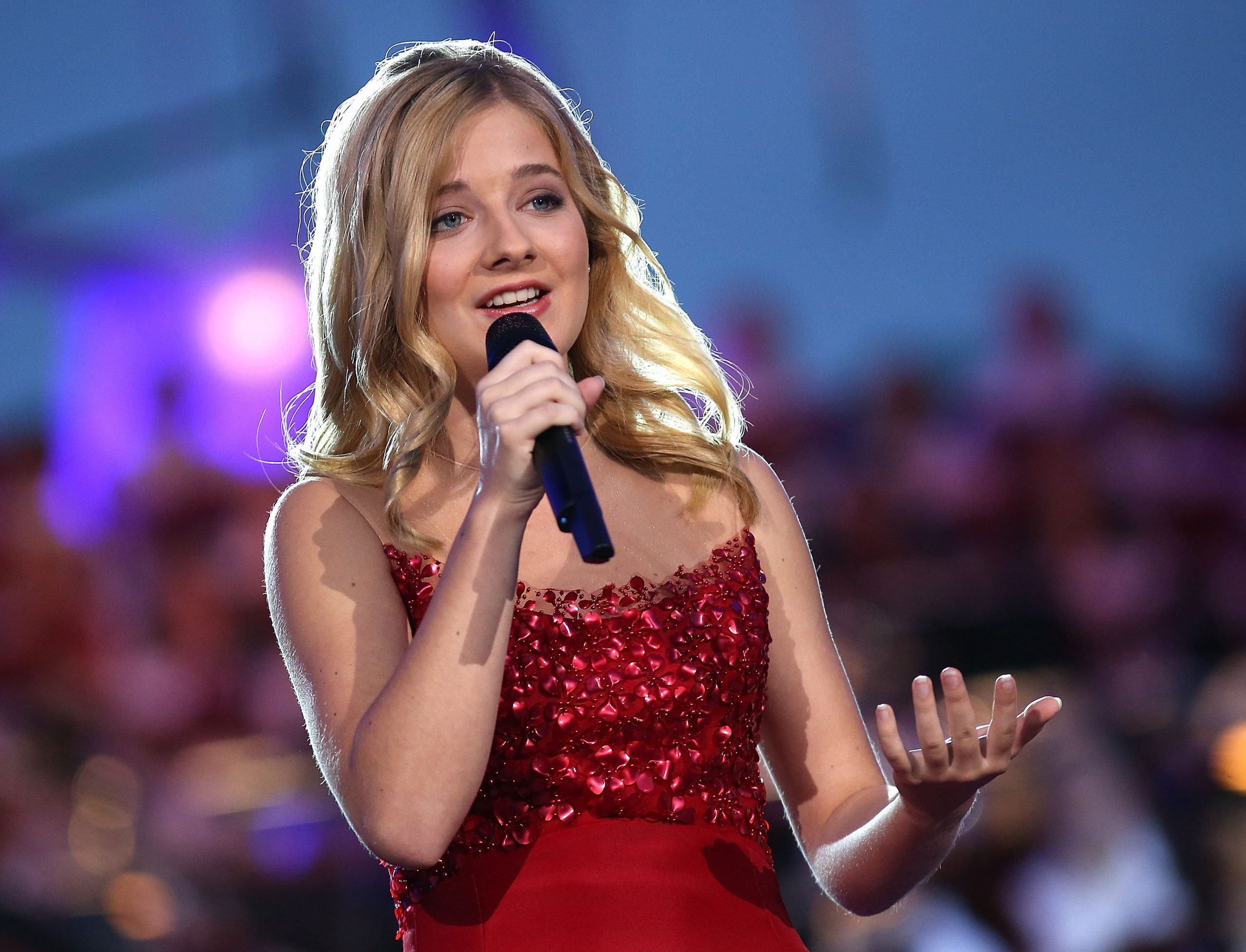