Ariel Winter wants the world to know she’s a grown up and she seems to think the best way to do that is to wear little clothing.

The 18-year-old Modern Family star went on a trip to visit Santa Claus with her family to The Groves in Los Angeles over the weekend, but her outfit was barely there.

Winter opted for a white mini dress as she accompanied her sister and her four nieces.

What more could we really have expected from a star who seems to take bikini selfies pretty much every hour.

Yes, Ariel really likes the way she looks. We get that.

She’s a young star who has spent seven years on a hit TV show and still has her whole life ahead of her.

She’s clearly making sure she has a lot of pictures of her looking her best before she inevitably gets older and not so easy on the eyes.

That’s sort of what happens.

Winter’s boyfriend, Levi Meaden, was not with her as she visited Santa, but a Snapchat from later on that night revealed that the pair are still going strong.

Ariel confirmed her romance to Levi last month after there were a lot of scandalous pictures of the pair together floating around the internet.

There’s no denying that they make a cute couple, but will Levi really be able to get around the fact that Ariel is constantly pouting at her phone camera to keep her legions of followers up to speed with how much better her life is than theirs?

We don’t know, but it sure seems like their relationship is moving on swimmingly.

When Ariel is not hanging around with her boyfriend, she’s twerking on the beach in a thong, putting makeup on her ass and making it clear that she’s not fazed by her bullies.

Yeah, Ariel is really living it up, you guys. 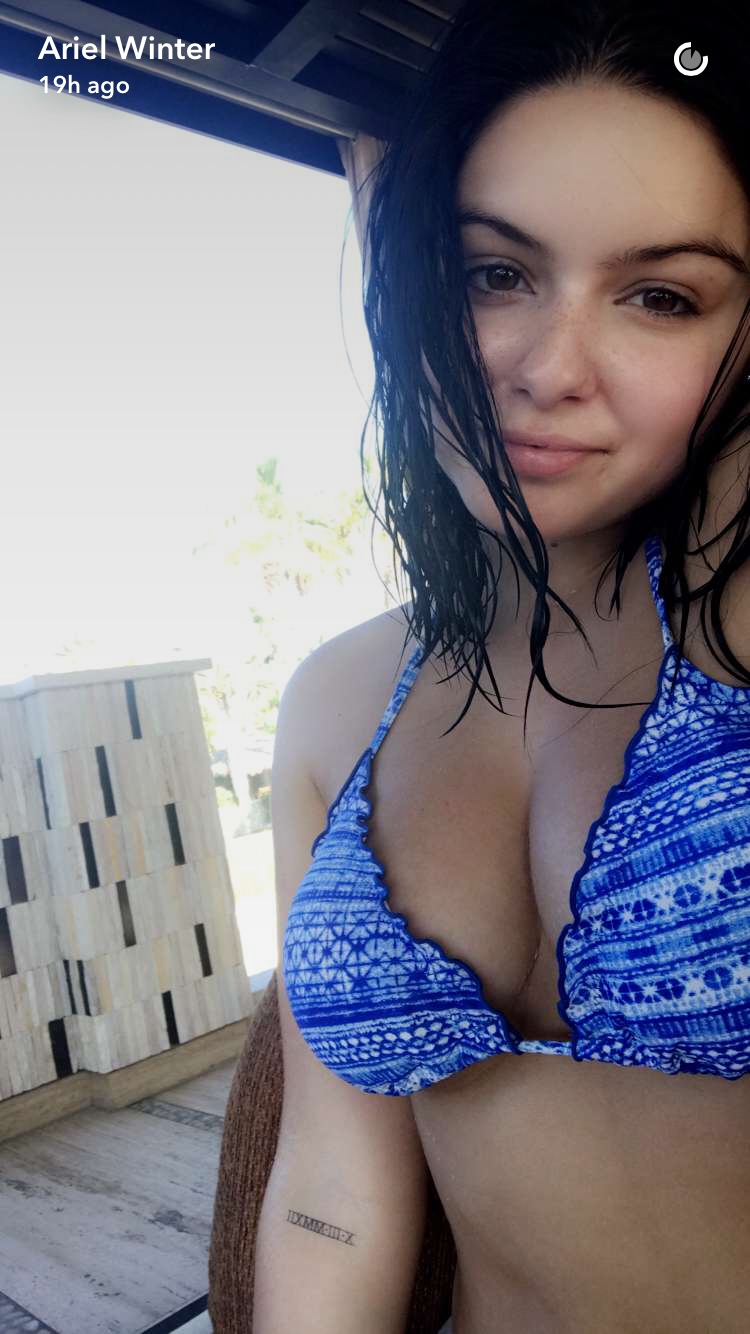