Rob Kardashian is still at the center of a police investigation stemming from threats against Pilot Jones, Blac Chyna’s alleged "real" baby daddy.

Now it sounds like he’s offering an olive branch to keep the peace.

Kardashian’s previous record has him spooked, as well.

Says a source close to the situation: "Rob was recently charged with battery and petty theft for an altercation that he got into with a photographer last year."

"He knows that this threat could potentially send him to jail."

So what did Rob do? Well, according to the insider …

He basically ate it for the sake of saving face.

“[Rob] sucked it up and called Pilot to tell him that he was sorry and that he would never actually hurt him," the source revealed.

“Rob is really scared right now and he wishes this would all go away.”

Yeah, we can imagine.

Being investigated for terroristic threats against a person is never cool, and it usually doesn’t pan out well.

Previously, it was reported that Rob didn’t just threaten Jones, he railed against Pilot with racial and homophobic undertones in his accusations.

"This is ROB and u did the most DISRESPECTFUL s**t ever by releasing pics and a story to a pregnant Woman who is 17 days from having a baby!"

"This is my Wife," Rob continued – though the two aren’t even married yet – "and you about to get your ass beat by every Mexican in LA including me."

Except we’re pretty sure Rob is not of Mexican ethnicity, right?

"U f–ked with the wrong Woman and the wrong dude," he continued.

"I hope you religious cuz after I beat your ass with about 30 Mexicans u better hope God lets u into heaven."

"Its a wrap for u and after we beat your ass we will all be good and never contact Chyna … u pu–y ass n—a," Rob blasted.

"Don’t ever come for me and my wife ever U corny ass n—a." 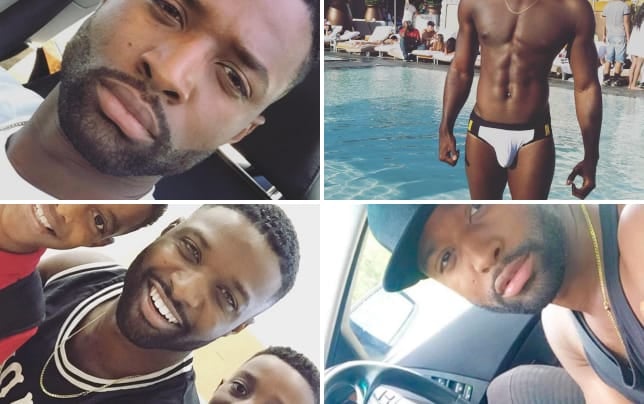 That happened, and we’re not quite sure "sorry" is going to cover it, to be frank … gay-bashing the man with racial epithets is pretty rough.

Although who knows, right? Maybe Pilot is one laid back dude who got caught up in the middle of this and is in over his head.

Maybe he’s willing to live and let live. Something tells us it’s not that simple, however, and that we haven’t heard the last of the Pilot.

As for reports that he wants a DNA test to be conducted independently of the one we saw when we watch Rob & Chyna online?

If that turns out to be true, and he pursues it, Rob might have a harder time biting his tongue and issuing half-hearted apologies.