It can be obnoxious when naturally svelte celebs pretend they have to work hard in order to maintain their figures.

Of course, it can also be obnoxious when naturally svelte celebs boast about being able to eat whatever they want without gaining a pound.

Hey, maybe naturally svelte people are just obnoxious no matter what they do.

Whatever the case, Charlize Theron is cutting through that BS by openly discussing her recent weight gain.

Theron says she’s out on 30 pounds in recent weeks, and she discussed her changing shape at the amfAR Inspiration Gala in los Angeles last night.

We’re left to assume that Chelsea and Charlize are very close friends, because joking about anyone’s weight is a good way to get your teeth loosened up.

As is often the case when a famous actor openly discusses their weight gain, however, Charlize packed on pounds for a film role.

It’s unclear if the role called for added padding, or if that was just a creative choice Charlize made.

Theron has famously transformed herself for roles in the past.

She was unrecognizable as serial killer Aileen Wuornos in 2003’s Monster, and her performance earned her an Academy Award for Best Actress.

Will she have the same sort of success with Tully?

No, because it’s a comedy, and no one in the Academy has laughed at anything since Bob Hope died.

That’s a fact; you can look it up.

Anyway, we’re sure Charlize will have no trouble shedding the weight once she completes filming,

She already proved she can drop 180 pounds with ease when she dumped Sean Penn last year.

And hey if she feels compelled to continue binge eating, she can always just stick her foot in her mouth like that time she complained about how hard it is to be hot.

Or that time she compared Internet gossip to rape. 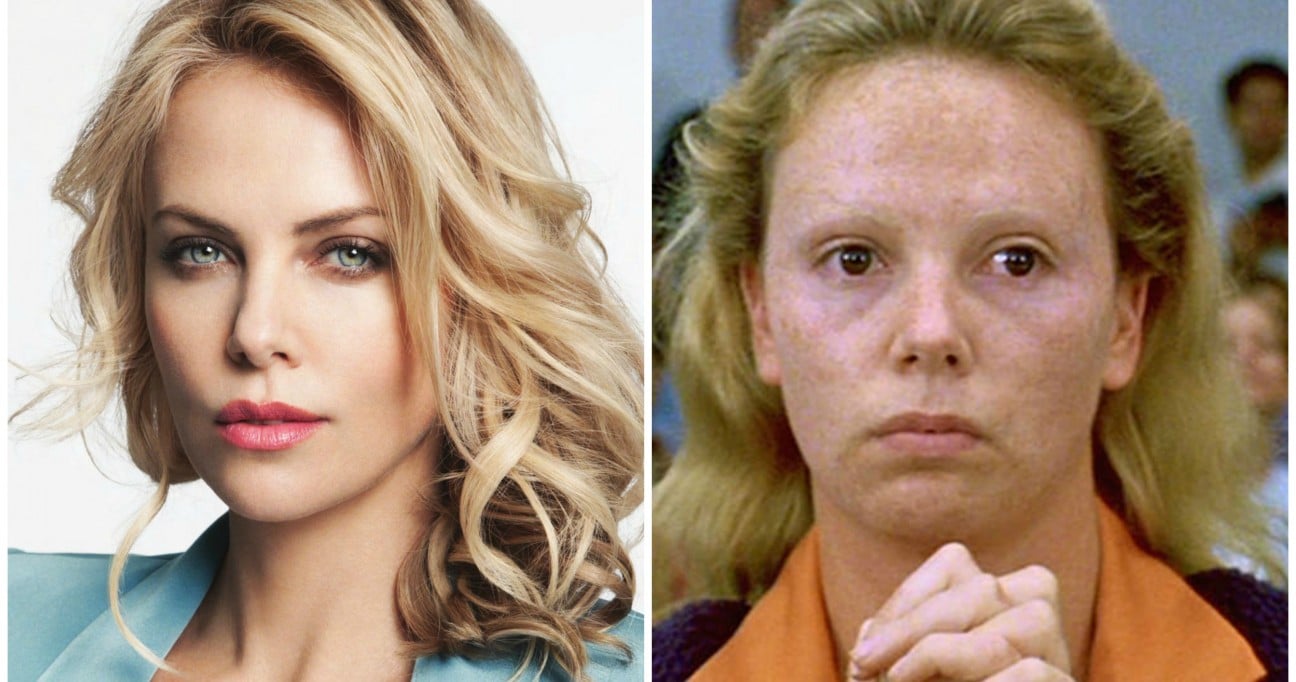 Damn, is it just us, or is Charlize Theron messy AF?

Maybe we’re just being hard on her because she’s got that naturally svelte thing going on.