Kylie Jenner is allegedly torn between the two men in her life, and not exactly being super stealth or decisive regarding her next move.

Despite the fact that Jenner is back together with Tyga after a brief fling with rapper Party Next Door (PND), she not over him either.

Tyga made it clear he is banging Kylie Jenner six ways from Tuesday, and that they may split up now and then, but they always come back.

So, too, will Kylie’s feelings for PND unfortunately.

According to insiders, she called up PND on his 23rd birthday (July 3) just to wish him well, but did not let Tyga know she was calling.

This wasn’t a generic "happy b-day" text either.

“Kylie’s not fully over PND," says one source.

"She called him and told him how she misses him. She told him she thinks about him often, and misses his gentle lips kissing her.” 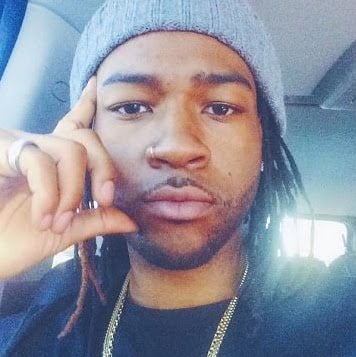 “Kylie did express interest in seeing him again and giving him a belated birthday present,” the anonymous tipster dished … seriously.

For a girl who told Tyga things never got intimate with PND, a “belated birthday present” sounds like a line from Backdoor Teen Mom.

“Kylie told Tyga the closest and most intimate she got with PND was in his video,” another source said, revealing her (alleged) motives.

“She told Tyga the whole time she was with [PND] she wanted to make him jealous and angry but never did anything sexual with PND.”

Well … someone (Kylie? Fake Source?) is not being forthcoming.

In fairness, the insider cautions that Jenner didn’t cross the line (minus the birthday comment), nor was she dismissive re: Tyga.

“She explained to PND that she’s sorry for how things ended between the two of them and that Tyga is a huge piece of her heart."

"They talked for about ten minutes. PND was appreciative."

We’re sure he was. Guess we know Kylie will have a not necessarily platonic shoulder to cry on if/when Tyga decides to dump her again.

Gotta have a backup plan.

As for theories that Kylie and Tyga’s relationship – and her PND fling – were just a giant PR stunt designed to keep her name in headlines?

We honestly would not put that past Kris Jenner. At all.

In all seriousness, it’s not even that we doubt Kylie specifically. It’s the entire media, celebrity-driven, gossip culture we live in these days.

Look no further than Taylor Swift and Tom Hiddleston’s fake relationship for proof of this. Art is imitating life across the board at this point.

Granted, the Kardashians remain the worst of the worst.

Don’t expect talk of a fake Hiddleswift sex tape to make the Internet rounds a la the bogus Tyga and Kylie Jenner sex tape of yore.

Spoiler alert: That totally doesn’t exist and never did.

That said, there’s one thing incredibly real about Kyga: Her rapid indecisiveness and their collective immaturity are as authentic as it gets.