Jill Duggar is no stranger to courting controversy with her Instagram photos, but she probably wasn’t expecting this much stemming from this one.

The photo at left, one of several shared by Jill on our nation’s birthday, left 19 Kids & Counting fans wondering if her spouse is … alright.

Seriously … is something really wrong with Derick Dillard?!

As you can see above, in the photo comparison courtesy of The Ashley’s Reality Roundup, he looks a tad different than just nine months ago.

Can you believe it’s the same man Jill married then?

This is not the first time Derick’s health has been called into question since he and Jill picked up and moved to Central America last year.

Perhaps he’s simply eating less, and staying more active than his tax accountant days sitting behind a desk at Walmart in his native Arkansas.

Or he’s having fun tapping into his hirsute, caveman side.

Either way, “Derick doesn’t look very good,” one concerned Duggar follower wrote in the comments below the photo on Jill’s Instagram.

“I so hope he isn’t ill. Each photo I see of him looks worse.”

Another Dillard fan remarked that “Derick looks like he has lost too much weight,” and “his pictures are becoming disturbing to look at.”

Yet another opined that lately, “Derick looks very sick, and undernourished. Looks like his hair is falling out as a result as well."

“Please," the fan urged, "take care of each other.”

While literally hundreds of people commented on Derick’s new "look" and/or weight loss, not everyone jumped to such negative conclusions.

In fact, some defended the young missionary.

"He’s an individual heavily involved in missions,” one person wrote, positing a theory that may better explain Der’s changing appearance.

How would his faith impact things? Well …

“He probably does quite a bit of fasting … a biblical practice that many Christians are instructed to do but have never learned to practice.”

Can’t say we thought of that, but sure. Maybe.

Others referenced the surgeries he had on his jaw last year as a potential reason why he might be eating less and becoming leaner.

Really, who are we to say for sure?

As usual, neither Jill nor Derick – who have also sparked concerns over exposure to the Zika virus – has commented on the controversy.

Given how long it took them to address the speculation that Derick got Jill Duggar pregnant again, don’t expect them to talk about this.

Maybe the couple is keeping things under wraps and it will be addressed in a special episode of Jill & Jessa: Counting On Season 2?!

It would actually be a good one … 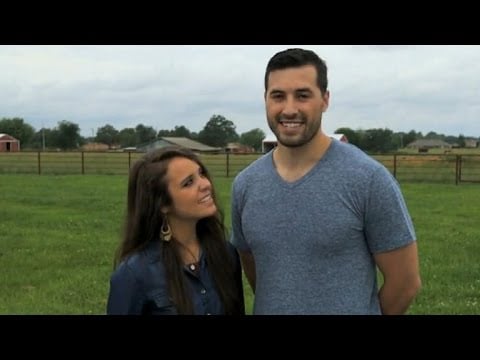 Jill & Jessa Counting On: 13 Storylines to Watch in Season 2!