Chris Brown is not amused with the attention Kim Kardashian and Taylor Swift are getting.

Their feud is quickly becoming the feud of the century and all it took was Kim revealing that she had proof that Swift gave the green light to Kanye referencing Swift in his latest song.

Taylor didn’t take too kindly to being public enemy number one and made it her mission to air her side of the story.

The singer took to Instagram to reveal her version of events, but it didn’t signal the end of the feud.

It really is becoming one of the hottest topics of recent memory and lots of people have been questioning Taylor’s integrity after the whole fiasco.

Brown’s comments are pretty out there. He isn’t scared to speak his mind.

"WHO GIVES A F–K," Chris allegedly wrote in what appears to be comments from his official Instagram account regarding the social media feud.

Does he not realize that practically the whole world is talking about it?

"CELEBRITIES, FREEDOM OF SPEECH???, come back to f—ing planet earth. EVERYONE REALLY BE ACTING LIKE LITTLE ASS KIDS (EVEN ME AT TIMES)."

He obviously wanted people to know that he was shouting his messages.

Did he feel THAT strongly about the whole thing?

He continued to share his explosive rant with his followers.

"Oh NO…" he allegedly continued. "Someone said something I don’t like, OUCH, MY P—Y HURT. Make music and shut the f–k up."

That last part has nothing to do with Kim.

She merely shows up in random music videos to get them an extra few hits.

He started to bring his rant to a close with another zinger.

"BETWEEN POKEMON (which I love) and this FAKE ASS CELEBRITY HIGHSCHOOL DEBATE TEAM, our values or even our regular lives are too consumed by bulls–t. ME INCLUDED, I just wanna see things from artists ( celebrities) that actually f–king matter. I DONT NEED the press nor am I dropping an album next week." 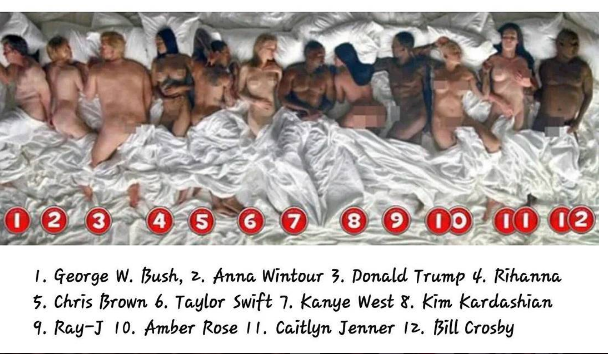