Tiffany Hendra came up with a foolproof plan to make herself known around Big D on Monday’s The Real Housewives of Dallas Season 1 Episode 7.

It was a guest star who stole the show this week, though.

Heidi Dillon. Or as Tiffany calls her, Heidi Effin’ Dillon.

We met her a few weeks back when LeeAnne Locken asked her to chair of a charity event, but she really made her presence felt here.

“Most of the women in Dallas got their rich husbands because at one point they were on their knees under his desk,” Heidi observes.

And with that, the night was off to a good start.

Later, the ladies invited Redmond, Hollman and Deuber to Dillon’s Gothic State Fair party so Dillon can further assess and react to them.

The party is exactly what it sounds like – a bunch of women wearing black and eating corn dogs and Frito chili pies. Because #Texas.

Anyway, Locken soon enough was giving Deuber the side-eye for not being more thrilled to be in Dillon’s presence, and that’s not all.

LeeAnn is also mad, apparently, about that time she (allegedly) had an affair with her now-husband while he was married to someone else.

As for how it all played out, we won’t spoil it here.

Follow the link to watch The Real Housewives of Dallas online and see it all in full … and grab a hat (possibly with poop on it) and hold onto it. 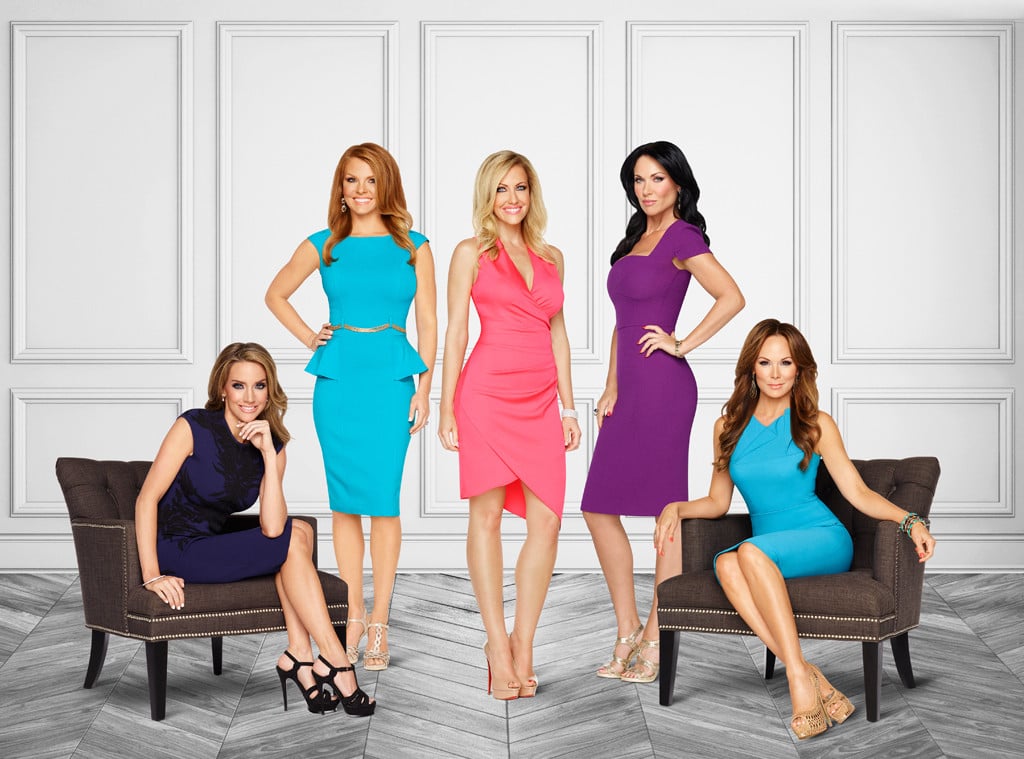 The Real Housewives of Dallas: Meet the Cast!