Queen Elizabeth II turns 90 today, which for some would require a celebration of no more than cake and a tipple of wine, followed by bed at 8.

Not for Her Majesty, who has already broken a record to become Britain’s longest-reigning monarch.  In fact, she and her husband (who will be 95 in June) were out shaking hands and accepting flowers in Windsor, England today.

This evening, they’ll joined their son, Prince Charles and the Duchess of Cornwall in lighting beacons in honor of the big day (which the rest of the country plans to participate in).

As her great-granddaughter, Mia Tindall proudly held "The Purse," Her Majesty held 11-month-old Princess Charlotte. Surrounding the monarch and the spare were Prince George, Savannah and Isla Phillips, and the Queen’s youngest grandchildren, Lady Louise Windsor and James, Viscount Severn.

Tindall is the daughter of equestrian Zara Phillips, whose mother is the Princess Royal (as well as the Queen’s only daughter). Louise and James are Prince Edward’s children with Sophie, Countess of Wessex.

Savanna and Isla are the daughters of Peter Phillips, the Queen’s oldest grandchild.

Yesterday, a set of commemorative stamps featuring the Queen with Prince Charles, Prince William and Prince George (on four stacks of foam) were released by the Royal Mail.

The Queen will have lunch with President Obama tomorrow at Windsor Castle.  Her official birthday celebrations will take place this June. 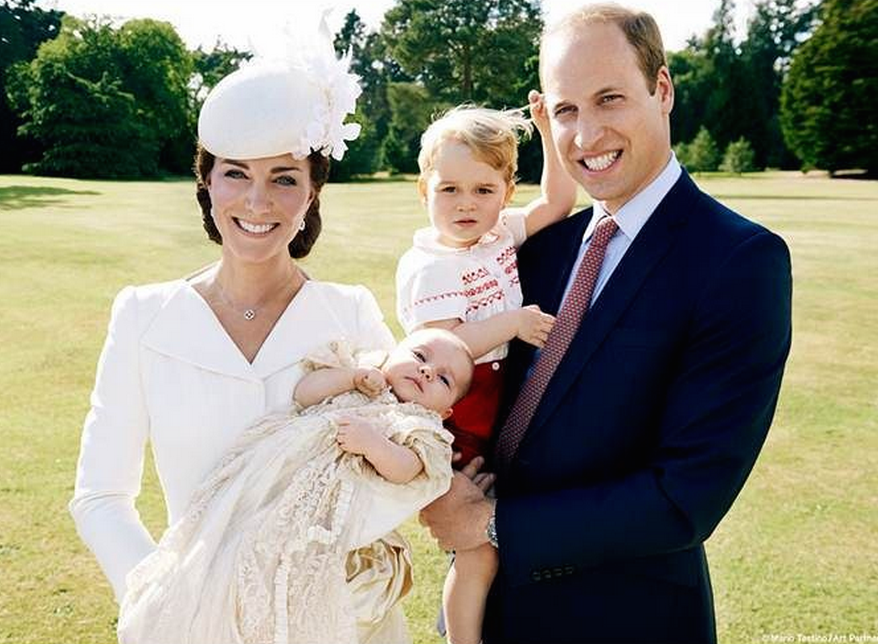