Jaden Smith made many headlines in early January when he wore a skirt for a Louis Vutton campaign.

But the 17-year old actor/rapper doesn’t comprehend what all the fuss over his occasional fashion choices are all about.

Because he doesn’t see gender when it comes to fashion.

"I feel like people are kind of confused about gender norms," Smith tells the April issue of British GQ Style, adding:

To be specific and to be clear, the very concept of gendered garments escapes Smith.

Among his more eccentric fashion selections, Smith donned a dress last year while accompanying actress Amandla Stenberg to the prom. 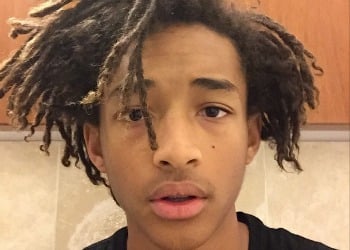 Jaden, meanwhile, has his sights set far beyond changing how people view skirts, dresses and other garments.

"I’m really working towards just fixing the whole planet Earth. I really just want to create a utopia on this planet," he tells GQ Style.

"I really want to make it so that people don’t have to die to pay bills and just work to survive. So that they can work to actually live and do the things that they love to do.”

That’s an admirable goal and we fully support it.

But as long as Smith promises not to make an After Earth sequel, we’ll be happy.