For months now, establishment Republicans have fretted over the possibility of outsider candidates like Donald Trump and Ted Cruz winning their party’s nomination.

Now it looks like they may be receiving some help from a very unexpected source:

In case you’re not familiar, Anonymous is a leaderless, loosely associated global "hacktivist" network that periodically launches campaigns against those whom they believe to be enemies of the greater good.

In the past, they’ve targeted Kanye West in an effort to punish the rapper for his cyber-bullying ways, and they’ve even RickRolled ISIS as part of the world’s most hilariously satisfying anti-terrorism campaign.

Now, they’ve set their sights on Ted Cruz, the Texas senator who’s currently in second place behind Trump in the race for the GOP presidential nomination.

If what the organization claims is true, Cruz is left with two very unappealing options: end a several-month, multi-million dollar campaign for the highest office in the land; or roll the dice with his reputation as an evangelical family man.

The group appears to have specifically taken issue with a tactic Cruz employed during the Iowa caucuses, during which his campaign staff falsely informed potential voters that his opponent Dr. Ben Carson had already decided to drop out of the race.

“You have committed voter fraud to steal votes that do not belong to you," says the figure in the above video.

"The fraud you have committed against Mr. Carson will not be tolerated.”

Anonymous is very specific in its demands, and very clear about the consequences Cruz may face:

“Mr. Cruz, we are now demanding that you exit this race within 24 hours, or Anonymous will release all of the information we have found.

“It’s time that we tell America what’s hiding behind the curtain. Do you recall visiting prostitutes?”

Obviously, it’s too soon to tell if anything will come of the threat or if Cruz really has anything to hide.

Whatever the case, it’s yet another unexpected twist in the wildest primary season in recent memory. 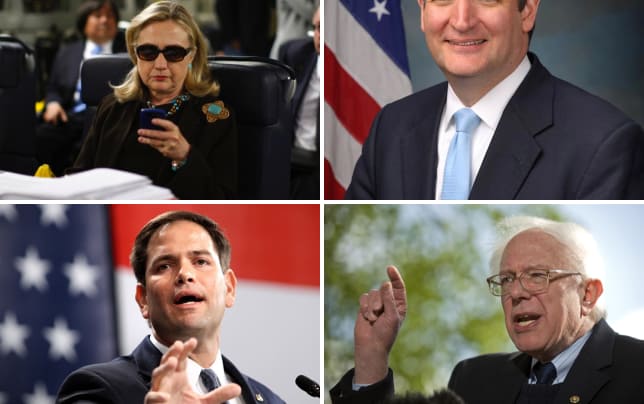