Rob Kardashian turned 29 last week, and he celebrated by hanging out with Blac Chyna and her son at Legoland outside of San Diego.

That would’ve been just fine, were it not for the fact that Kris Jenner had planned a birthday party for Rob, and he ditched his family in order to hang out with his new girlfriend.

So over the weekend, Rob met up with his famous family for a make-up celebration and – possibly as retaliation for dragging him out of town on his big day – Blac Chyna was not invited.

Several members of the family posted photos of the event online, and Blac is nowhere to be seen in any of them.

Given how much she enjoys the attention that comes with dating Rob, it seems unlikely that Blac would’ve sat on the sidelines while the rest of the family posed for pics.

As you can see, even the estranged Scott Disick was in attendance, so it’s not as if though this was some sort of family-only affair.

Sources say Blac just wasn’t invited because she doesn’t get along with Rob’s mother and sisters.

Her absence has already led to a new round of rumors that Rob and Blac have broken up, but insiders close to the situation say it was simply a matter of Blac clashing with the Kard clan – which she and Rob knew would be an issue from the start. 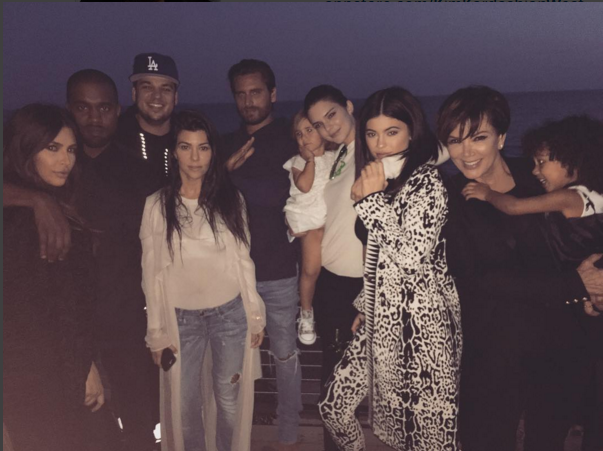