LeBron James just made his big-screen debut in Amy Schumer’s Trainwreck, and now it seems the NBA icon has been bitten by the acting bug.

For years, it was rumored that King James would star in a sequel to Space Jam, the 1996 kids flick that pitted Michael Jordan against an animated team of Shaq-sized monsters (excuse us, Monstars).

Lebron’s been cagey on the subject, never fully committing, but never ruling out the possibility, either.

Now, judging from his answers during a recent Twitter Q&A, it seems that James is more open to the project than ever before.

So it’s not exactly a confirmation, but we doubt the man would strung us along like this unless he was close to making a deal.

Frankly, we think it could be the smartest career move James ever made.

Let’s face it, is great as he is on the court, it’s looking less and less like he’ll ever match Jordan’s ring count.

In the acting department, however, MJ’s not so tough to beat.

If his performance in Trainwreck is any indication, LeBron has a real shot at becoming the NBA’s GOAT when it comes to acting. 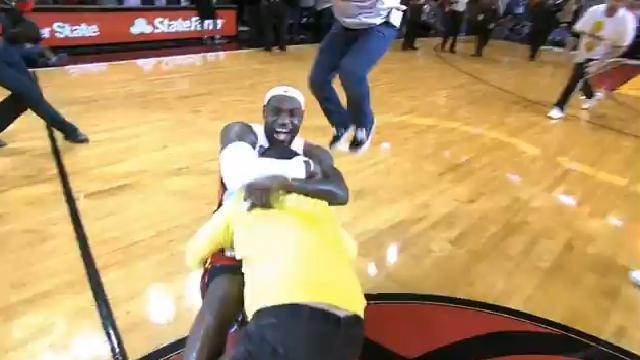 LeBron James: All Hail the KING!