Leah Jenner has taken her growing baby bump on the road and headed to Hawaii!

Jenner took to Instagram to show off a beach shot of herself looking stunning in a bikini holding her bump while on vacation.

Leah and Brandon Jenner announced their pregnancy via Instagram on March 15.

Since then, the happy couple haven’t been shy about showing off their growing bundle of joy on social media. Needless to say, every photo is flawless!

Leah, 32, and Brandon, 33, have known each other since middle school. The ridiculously beautiful couple has been married since 2012. This will be their first child.

The couple have not spoken publicly about Brandon’s father, Bruce Jenner.

Since divorcing Kris Jenner, Bruce has continued to be a tabloid fixture thanks to his widely reported decision to go through with sexual reassignment surgery.

Brandon and Leah have appeared several times on Keeping Up With the Kardashians, but have remained relatively private when it comes to the media and the tabloids.

Regardless of the family drama, the gorgeous couple looks to be enjoying this special time in their lives. Take a look below for more stunning pregnancy pics of Leah! 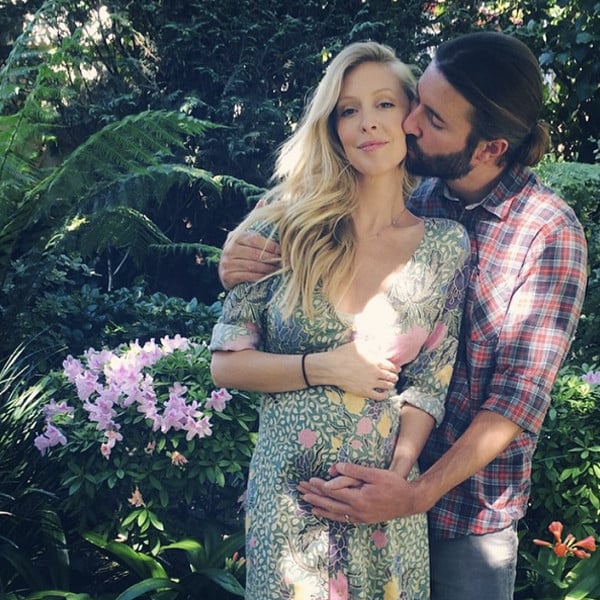