On Saturday, Floyd Mayweather and Manny Pacquiao will square off in the most highly-anticipated boxing match in recent memory.

Win or lose, each fighter stands to make more than $100 million for the fight, and Mayweather is already the top-earner in the sports world, with 9-figures in annual earnings.

So financially, there’s not much on the line for the Money Man. Perhaps that’s what prompted the rumor that he’s decided to make things more interesting by essentially gambling with Suge Knight’s life.

As you may know, Suge was arrested for murder back in January following a hit-and-run incident that left one man dead.

The rap mogul is currently behind bars on $10 million bail (down from its original $25 million), and Knight’s lawyer claimed this week that the Money Man would foot the bill if he defeated Pacquiao.

Now, TMZ is reporting that reps for Mayweather claim that’s a flat-out lie, and the boxer has no intention of helping to spring Suge.

The attorney maintains Mayweather made a promise to Suge’s family, and Floyd himself has yet to publicly comment on the situation.

We’re guessing Money knows enough to stay out of hip hop drama these days. Mayweather just settled his feud with 50 Cent earlier this week. The last thing he needs is get wrapped up in Suge’s shenanigans. 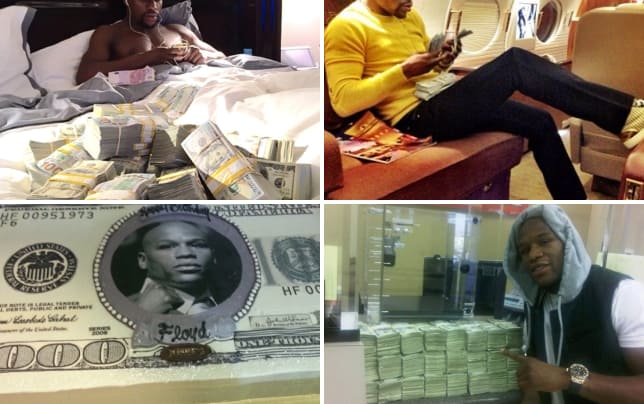