In her acceptance speech, she promptly embarrassed her famous offspring.

The 82-year-old recalled her "big, ugly bun" in her best-known movie, Singin’ in the Rain, saying, "I warned my daughter Carrie, be careful of any weird hairdo."

Reynolds said The Unsinkable Molly Brown – the 1964 film for which she received her first and only Oscar nomination – was the high point of her career.

"I had the best teachers. God gave us talent, so we’re so fortunate."

Fisher, 58, who will reprise her role in Star Wars Episode 7 later this year, celebrated her mother with her typical dry wit before turning over the mic.

"She has been more than a mother to me, not much, but definitely more," Fisher said of Reynolds, with a dig at her decorating and relationship advice.

"Admittedly, I found it difficult to share my mother with her adoring fans who treated her like a member of their family," Fisher said, with more reverence.

Congratulations to Debbie on this well-earned honor! 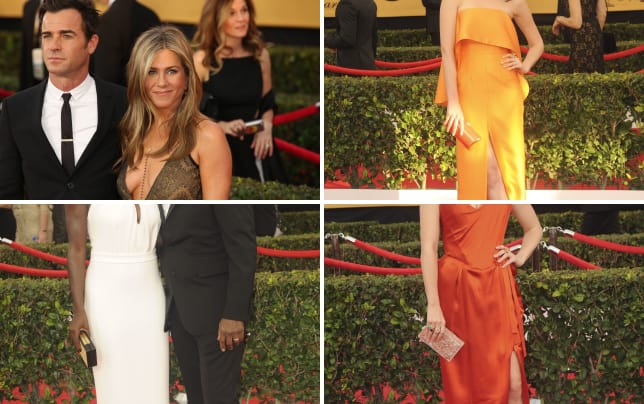