Few public figures had a more difficult 2014 than Anna Cardwell.

As you’ve probably head by now, Cardwell’s mother, June Shannon, was caught dating Mark McDaniel – the man who was arrested for molesting Anna when she was just 8 years old.

Yes, it’s hard to find a silver lining in a such a sad tale of betrayal, but Cardwell is persevering by following an adage that’s served her family well for years – when life hands you trashy circumstances, make a reality show!

Anna tells TMZ that she’s currently shopping a series that would focus on her, her husband, and their kid.

She says she’d be open to the idea of Mama June, Sugar Bear and others making occasional cameos, but insists the show would focus on the Cardwell’s home life.

She admits there have been no offers thus far, but we’d be surprised if she wasn’t able to make a deal.

Ever since TLC canceled Here Comes Honey Boo Boo in the midst of the McDaniel scandal, public interest in Anna and her family has only grown.

Cardwell says she would be open to discussing the scandal with her family in front of cameras. That should certainly sweeten the deal for some lucky network, as we already know that Mama June on the hot seat makes for good TV: 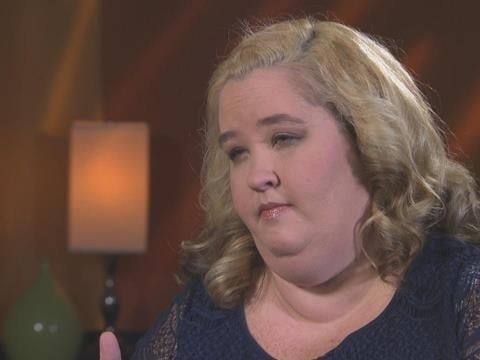