Godzilla is officially a monster at the box office.

The action movie stomped the competition to the tune of nearly $100 million this weekend, leading to the inevitable confirmation that a Godzilla sequel is already in the works.

But should it be? Considering Godzilla is based on an actual event in 1954 that led to many deaths, should Hollywood really glamorize such a tragedy?

Jimmy Kimmel Live asked this question to a few pedestrians this week. Here is what they said in response:

(NOTE: Godzilla is not real and was never real. But try telling that to those featured in the latest edition of Lie Witness News.)

Past examples of this hilarious feature included Justin Bieber fans defending the singer against a bevy of (phony) charges and mothers revealing shocking secrets related to sex and drugs. 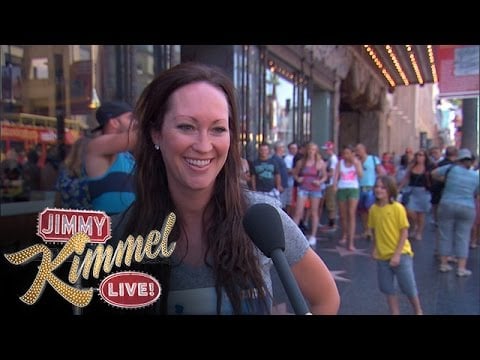