The following video is more painful to watch than getting shot nine times.

And, to quote a certain pretend baseball announcer, the attempt was juuuust a bit outside.

Perhaps Fiddy was out partying too hard in da club the night before.

But even if so… there’s no excuse for this nonsense.

Here’s a look at a few other famous folks who shouldn’t trade their day jobs for the pitching mound either: 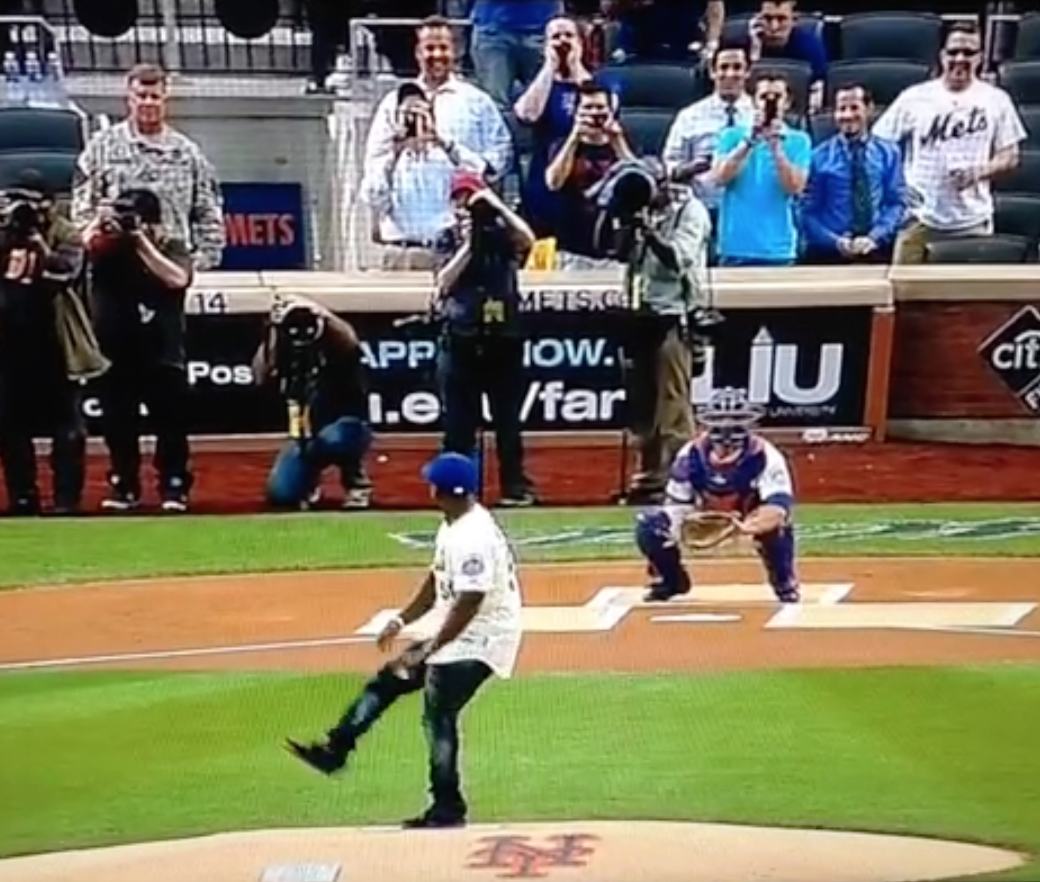