Jimmy Kimmel brought his own version of fire and fury to ABC on Tuesday night.

In response to President Trump refusing to condemn and disavow White Supremacists who gathered in Charlottesville over the weekend, Kimmel unleashed his harshest critique yet on Trump.

And on his voters as well.

"The president is completely unhinged," Kimmel said earlier this week. "The wheels are off the wagon and hurtling toward the moon right now."

As you might expect, a certain segment of the American population was unhappy with Kimmel over his rebuke of Trump.

And then they let him know it via social media.

“I really think I made a breakthrough and I base that on all the thoughtful responses I got on Twitter and Facebook," Kimmel joked last night about the feedback his monologue generated.

He then went on to quote some dude named Thomas who wrote: "Why don’t you go somewhere else like a different country if you don’t like our president and stop you’re crying on TV snowflake."

This gave Kimmel an idea:

Why not do a version of his Celebrities Read Mean Tweets sketch… only the celebrity is himself!

And the Tweets are all from Donald Trump supporters! 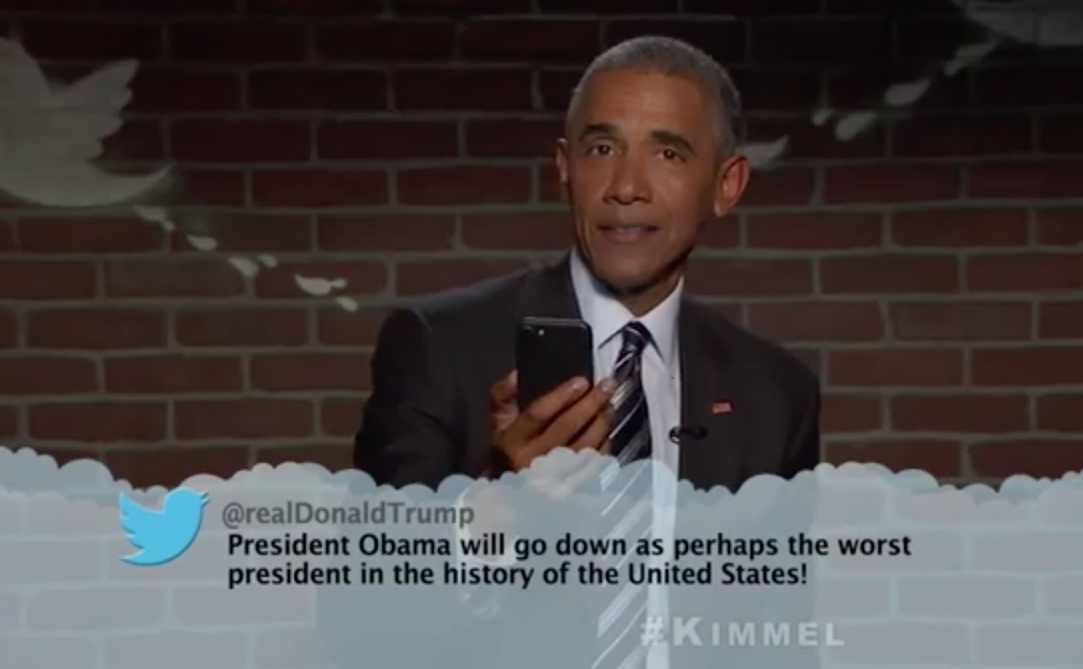 “I want to thank everyone for the feedback,” Kimmel said, adding:

“And it just goes to show you that if you try to understand where people are coming from, and talk to them like human beings, they will open up.

"You just have to communicate.”

Considering one Internet user referred to Kimmel as a "whining baby," we think he was being sarcastic with this comment.

But click PLAY on the video below to get an idea of how some viewers are feeling about Jimmy Kimmel these days.

(And then click HERE to see what Jimmy Fallon even said about President Trump!)