Jill Duggar is going above and beyond to avoid her husband!

Just kidding — though, given Derick Dillard’s latest remarks about trans people, who would blame her?

No, Jill spent some time at a mosque for Ramadan, and fans took her to task for not covering her hair for the visit. Are they right?

In the video that we’ve attached, Jill shows off her visit to a mosque.

A hijabi woman beside her (who, we have to say, is in a wonderfully colorful outfit) answers, saying:

"We are at a mosque and we have Iraqi feast for Ramadan. We’re glad to see you here!"

As you probably know, during the holy month of Ramadan, Muslims fast, abstaining from certain activities such as food during the daylight hours.

(People with health restrictions are exempted)

After night falls, however, there is a feast to break the fast. Jill’s companion introduces her to some traditional Iraqi dishes.

"While Derick was with the men (guys and girls have separate sections), Jill enjoyed some Iraqi food with friends."

That’s great and all, but a number of fans had major concerns about Jill’s hair.

"You shouldn’t go into a mosque not covered out of respect. You also take off your shoes."

They’re not suggesting that Jill don a hijab on a permanent basis, but merely adhere to a dress code.

"She should have had her head covered in a mosque out of respect."

Many houses of worship have dress codes.

"That right there speaks volumes about her respect."

That said, we don’t know if this particular mosque has this concern about guests.

Not all Muslims wear hijabs (or any other hair covering), and some mosques may not enforce a dress code for guests.

There was plenty of addition commentary, including fears that Jill might be proselytizing under very inappropriate circumstances.

"I really hope you aren’t trying to convert Muslims."

That probably wasn’t the case, otherwise, Jill and Dercik would be begging fans for money like they do when they go on missionary trips.

"Of course it’s a PR stunt. Notice they only use these kind of posts when Derick has done something wrong. It absolutely can’t be taken seriously and it’s actually more offensive knowing it’s all an act."

A lot of people share the theory that this is an example of her trying to soften their image after Derick’s repeated homophobic and transphobic rants.

Others think that it has less to do with Derick and more to do with the couple’s shared desire for attention.

"It’s all for attention to make themselves look better ! It’s all for show. They have one path only ! Have you not seen the hate he spews on his social media ??"

Others, however, were full of compliments for Jill.

"Awesome that you love and honor others in this way."

They even defended her from some (fellow) fundamentalists who thought that Jill was consorting with "the enemy."

"People forget it is possible to show compassion without compromising your own convictions."

Others offered Jill kudos for attending the feast instead of just poting a few empty words.

"I will say, Jill put her money where her mouth is with this one and I think it’s great. The more barriers we break down the better."

"People!!! It’s between Jill & God what, where & why she was doing what she was. You don’t have to agree with someone on religion, or anything for that matter, to show a little kindness & love."

"There are a lot of things between Islam and Christianity that are quite similar. The big difference is the role of Jesus Christ. And as followers of Jesus Christ, we know that we follow the true faith. But that doesn’t mean we should judge others. It’s not our place. Have a great and blessed day!"

Jesus is considered a holy man within Islam.

"Seriously? People are blasting OTHER Christians for joining in with our brothers and sisters of another Abrahamic faith? (Abrahamic faiths being Christianity, Islam, and Judaism)."

it’s true. In fact, despite the academic differences, many have wondered if Judaism, Christianity, and Islam shouldn’t be considered different branches of the same faith.

"You are an amazing human being and I love that you are sharing Ramadan with us. Ramadan is a holy month full of love and charity. You are an amazing woman Jill, and as a Muslim American I love y’all & yalls show."

While many people’s concerns over Jill’s lack of hair-covering was probably genuine and came from a good place, it is important to not speak over people.

It doesn’t sound like Jill did anything wrong … in this one, particular instance. 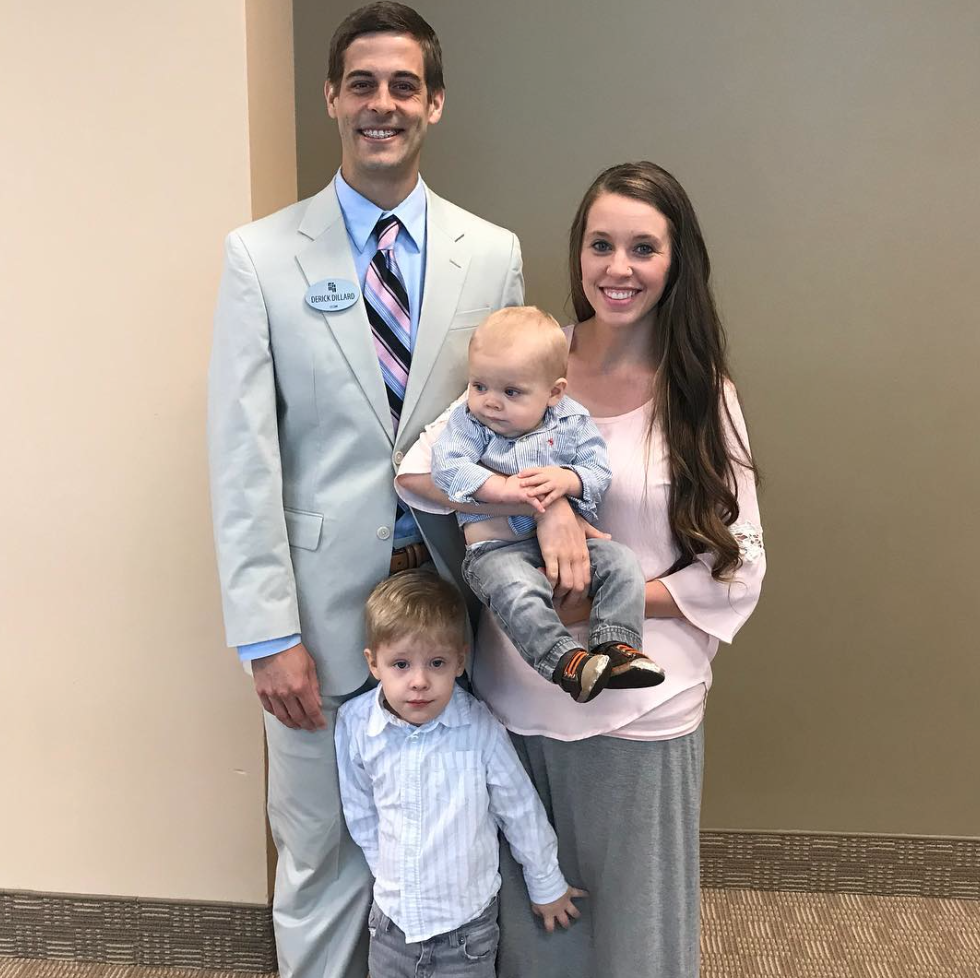 Jill Duggar: I Can’t Wait to Punish My Kids Like My Mom Punished Me!