Over the weekend, 90 Day Fiance fans were stunned when Azan Tefou gushed on Instagram about Nicole Nafziger.

Did … did Nicole write that post herself? Evidence says that this may be exactly what happened.

Nicole Nafziger and Azan Tefou (whose real name is Hassan M’Raouni) have faced a lot of scrutiny for their lengthy, long-distance engagement.

Some fans can’t understand why they would stay engaged.

With so many obstacles to overcome before they can be together, a lot of fans think that they should move on.

Some fans still struggle to come to terms with how Nicole could stay with Azan after her body-shamed her on camera, albeit years ago.

Others are doing some body-shaming themselves, viciously suggesting that Nicole will never get her happily ever after because of her body type. Ugh.

But there is also a group of fans who think that, actually, Nicole and Azan have moved on … and that maybe they did so a long time ago.

These folks think that either Azan is just politely quiet about this supposed secret breakup … or has incentive to not say anything.

They think that Nicole pays him for occassional interactions, with some accusing her of paying him for their meet-up in March of this year.

For the record, there is no evidence of that whatsoever.

On Sunday, November 8, Azan’s Instagram account posted a gushing message towards Nicole, featuring a throwback from March of this year.

This was surprising because it is so unusual for Azan to post something personal. He mostly shares thirst traps.

In fact, he has not posted about Nicole since May of 2017 — three and a half years ago.

Azan’s Instagram account has a good-sized following, with over 100,000 people keeping up with his relatively rare posts.

That’s just a drop in the bucket beside Nicole, who has more than 680,000 followers on her Instagram.

But when we look at the details of Azan’s account, something interesting comes up.

Basic information about Instagram accounts, such as the year that they were created, is publicly accessible information.

For example, Azan’s account is four years old, having been created in the ominous month of November of 2016.

He has never changed usernames.

Azan has famously not even been available to show up in person to Tell All specials, so fans are positive that he didn’t create his account in the US.

Instead, this makes fans believe that perhaps his Instagram is a sockpuppet … a phony run by none other than Nicole.

There are, of course, plenty of explanations for that.

VPNs can cause your virtual location to appear elsewhere in the world — a tool that people use to access another country’s Netflix or YouTube options, for example.

Another explanation would be if Nicole made the account and then handed it over to Azan, giftwrapped.

Not everyone is technologically proficient, after all.

But there is another possibility … one that would prove Nicole’s fiercest critics right yet still wrong at the same time.

We all know that plenty of people do not write their own tweets — they have social media managers for that.

Is there a chance that Nicole has been acting as Azan’s social media manager for years, posting only what he wants?

As she has said, not everyone is very interested in using Instagram. This could be something that she has done for him but of course would not tell fans.

That would be perfectly fine, and we would understand if she never chose to disclose this.

Fans would attack and mock her unfairly for doing what countless other reality stars do. Some people are very cruel.

Still … given that account data is publicly available, we hope that Nicole and Azan realized that this might one day come to light. 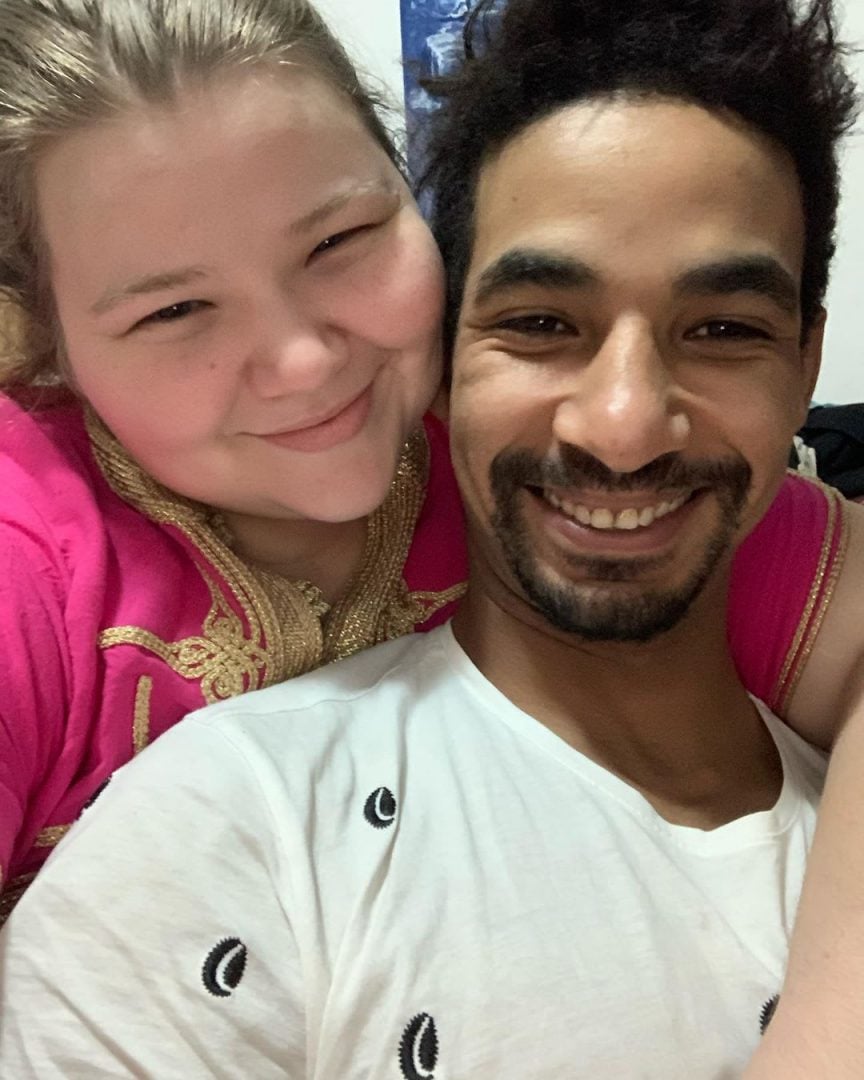 Nicole Nafziger: I’m Still Engaged to Azan and I’m NOT a Homewrecker!