Clearly, things have been getting serious, given the announcement that Jorge posted the day before Thanksgiving.

He followed those words by a red heart emoji.

But all eyes were on the image that Jorge shared with his fans and followers:

Folks, I’m no big city obstetric radiologist, but that looks like an ultrasound.

In fact, it looks like an imaging taken of a fetus that is very far along, having recognizable features even to those of us who are not versed in this sort of thing.

Jorge appears to be announcing that he is now a father.

There were a bunch of jokes about Jorge’s dramatic body transformation when he was released from prison back in May.

Some even cited the Kylie Jenner meme — "and the next thing I knew, I was pregnant."

Well, it takes a little more than looking at photos to become pregnant, but it looks like — unless he is pranking us all for funsies — Jorge has done the deed.

Almost nothing is known about Jorge’s mystery girlfriend.

For a number of reasons, fans are naturally assuming that she is the soon-to-be baby mama.

It’s strange to know what someone’s butt looks like in leggings and not know their name. Well, outside of the context of a college party.

Jorge has hidden most of his mystery gal’s face from fans over these past several months.

Assuming that the two have been dating nonstop and are still together, they’ve been together for five months, and are just a couple of weeks away from their half-year anniversary.

We don’t have to know this mystery woman’s name or occupation to be happy for her and for Jorge.

Some have observed that, from the glimpses that we have gotten, she appears to resemble Anfisa Arkhipchenko, Jorge’s ex.

She does seem to be petite, very pretty, with — if you’ll forgive us for saying so — a very cute apple-shaped posterior.

Hopefully, the similarities end there.

We all remember how Anfisa tried to strike Jorge — it’s not an allegation; millions of viewers saw it on camera.

There is no excuse for domestic violence in any form for any reason.

The end to their toxic marriage should have come much, much earlier.

Naturally, Jorge’s quasi-announcement (though again, he didn’t say much) was met with cheers and congratulations.

Of course, some fans couldn’t resist joking about "clickbait ultrasounds" that have been posted in the past.

Some 90 Day Fiance stars post links to 90 Day Fiance news, even if it’s not about them. Some people refuse to click and read what it’s about, make wild assumptions, and get confused. There’s nothing that one can really do for them, short of go to their house and click the link for them.

We are forced to make a lot of assumptions because Jorge did not verbalize his announcement beyond stating his general gratitude.

So with that said, we will look forward to confirmation of this news and hopefully a bouquet of helpful details. Happy Thanksgiving, Jorge! 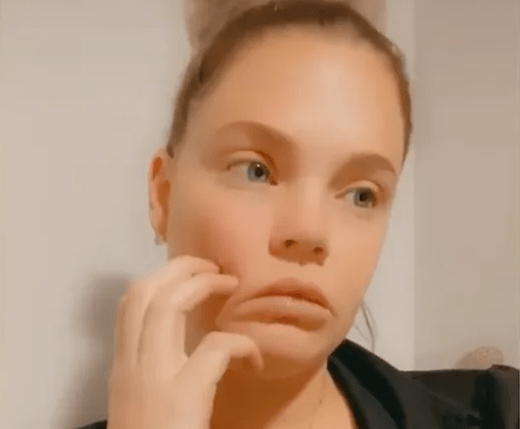 Ashley Martson: Jay DID Cheat on Me! Sorry I Lied!