Once again, Nicole Nafziger is trying to clear up misconceptions about Azan.

This time, she’s explaining to fans why she gushes about Azan, but he never seems to post about her.

To say that 90 Day Fiance fans have a lot of questions about Nicole and Azan’s engagement is an understatement.

Some of them think that the romance is fake, or that Nicole is delusional, or that if she’s not lying to herself, she’s lying to them.

Questions are understandable, but sometimes commenters are downright mean. There’s no reason for that.

Some of the questions — both gently phrased and cruel — are about social media.

Nicole has posted a number of photos and even videos of herself with Azan, over the years and earlier this year during her trip to Morocco.

Azan (whose real name is Hassan M’Raouni) seems to use Instagram very differently.

Mostly, he posts thirst trapping gym selfies. And look, nobody’s complaining about this.

But the last time that he posted a photo of Nicole was in May of 2017.

Thirteen months later, he posted a throwback photo of little May, Nicole’s daughter.

Since then, his Instagram feed has been nothing but weights, biceps, and his gym-honed tiddies, as the youths would say.

While he’s not the most active Instagrammer, his latest thirst trap is from September 7. The previous two were both in August.

So why, fans want to know, is Azan only posting about his arms and not about his fiancee?

Nicole addressed this question very delicately in a Q&A in her Instagram Stories.

"There are people (men and women) who feel they don’t need to post pics of their significant other on social media to show love," she begins.

"As long as he shows it to me," Nicole states, "that’s what matters."

"I’m a person who likes to post pictures and do the social media thing," Nicole characterizes.

In contrast, she notes, "It’s not a big thing for him."

"That doesn’t mean he loves me any less," Nicole concludes.

Her characterization of how some people and couples operate is … not inaccurate.

Among those of us who are not reality stars, it’s very common to have an online brand that doesn’t include mushy "I love you!!!" posts.

However, because so many reality stars are very performative of any relationship that they aren’t keeping secret, it’s a surprise to many to see Azan not engage.

Others, wannabe "truthers" about Nicole and Azan, think that Nicole is lying to her fans — and possibly to herself.

Some of them think that she pays Azan for the meet-ups and photos that she shares.

While she has admitted to sending him money in the past (what Millennials do not regularly send money to friends and loved ones?), the idea that he’s her rented boytoy are a bit much.

Others think that Nicole simply shares old photos and that she and Azan have broken up.

Folks, the pics that she shared in March of this year, before going into lockdown, looked very authentic.

The photo quality, the way that Nicole looked and styled her hair, and more … none of that appeared to be a throwback in disguise.

The final theory is that Azan is "ashamed" of his relationship with Nicole and tries to hide it.

First up, her photo is still right there on his Instagram page, even if it’s not recent.

Or, you know, there’s the explanation that Nicole has offered.

We’re not saying that no one is allowed to have questions about Nicole, or that anyone thinking that all of the love in the world isn’t worth it with a relationship with so many obstacles.

But Nicole’s answer seems reasonably plausible. Unless Azan says something different, Nicole would know better than, well, any of us why her relationship is like it is. 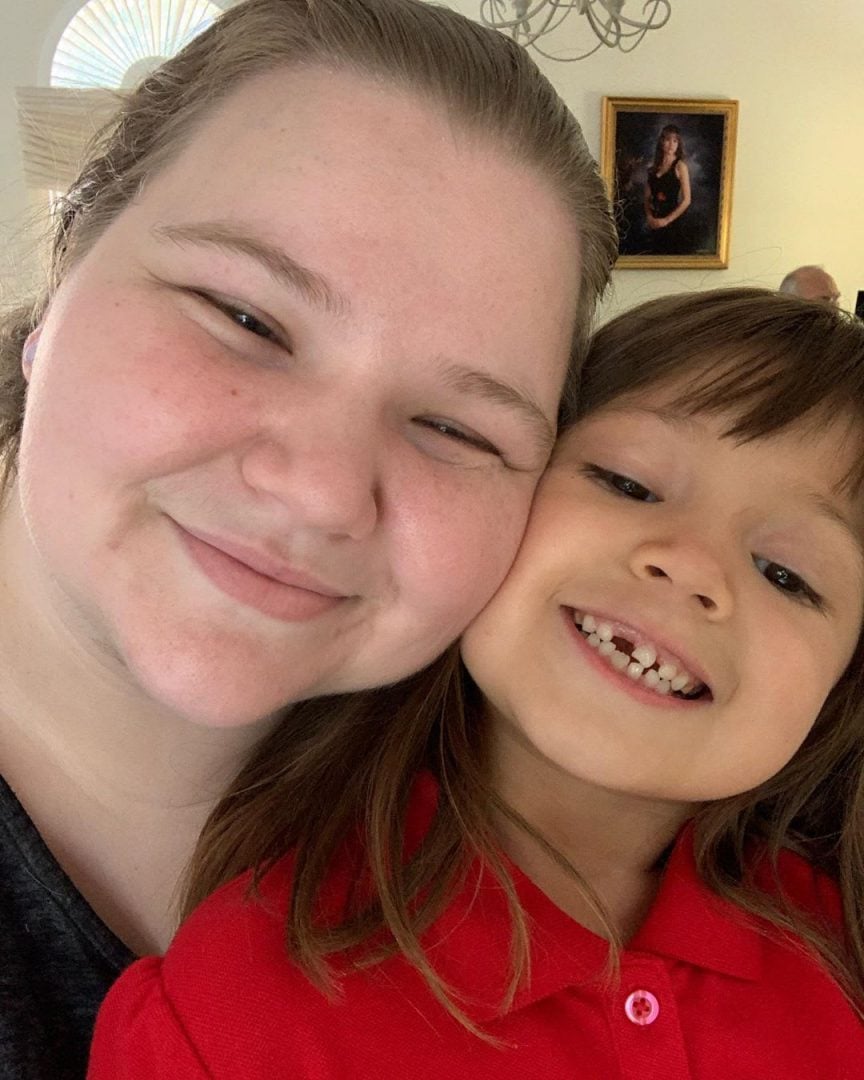