It’s been five years since the world learned that Josh Duggar molested five young girls — four of whom were his sisters — while he was still in his teens.

When the news first broke, frenzied fans of the family made a lot of wild predictions about what would take place next.

The most common seemed to be that Josh would go to prison, and that the Duggars’ media empire would come tumbling down.

Obviously, neither of those things has happened.

Josh avoided prosecution with the help of his parents.

And, following the cancelation of 19 Kids and Counting, the Duggars returned to TV with Counting On.

By the time the charges came to light, the statute of limitations on Josh’s sex crimes had expired.

So the legal system’s hands were tied, and aside from shaving his head in church, Jim Bob and Michelle seemed to have no interest in punishing their son.

He got off scot-free, but that still wasn’t enough for Josh.

The Duggars sued the police department that released Josh’s records, the magazine that published them, and just about everyone else who had any involvement in Josh finally being exposed as a predator.

Josh’s lawsuits have been thrown out of court, but his victims also sued the police, and they may still have a case.

According to the Patheos blog No Longer Quivering — which takes its title from its opposition to the Quiverfull movement the Duggars adhere to — there’s "been action" this week in the Duggar girls’ suit against the Springdale Police Department in their home state of Arkansas.

It looks as though a move has been made to protect individual police officers who may have been involved in the release of the records.

State attorneys have taken steps to ensure that officers are protected under the principle of "qualified immunity," even if the department is sued.

“Qualified immunity shields public officials from liability for civil damages if their conduct didn’t “violate clearly established statutory or constitutional rights of which a reasonable person would have known," reads the definition in Arkansas dictionary of legal terms.

Interestingly, it’s a concept that’s been in the news a lot lately, as police are frequently protected by qualified immunity in brutality suits brought by civilians.

So the state of Arkansas was probably motivated by recent events to issue new legal protections for its officers.

And the move might wind up impacting the Duggars’ case against the Springdale police.

We never thought the police killings of George Floyd and Breonna Taylor would in any way directly impact the ongoing legal battles of Josh Duggar.

But believe it or not, it appears that’s exactly what’s happening here.

Sadly, none of this makes it any more likely that Josh will face any consequences for his criminal actions.

And that miscarriage of justice is rendered even more appalling by recent events.

As with so many other injustices, all we can do in the Josh case is continue talking about it, and coninue seeking justice for his victims. 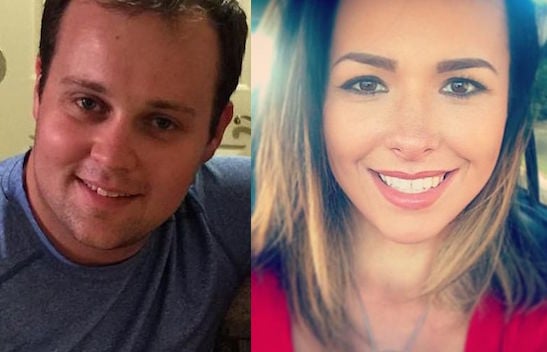 Danica Dillon: Josh Duggar Was Raised to Do Whatever He Wants to Women and Children!