Cheyenne Floyd posted a photo of her daughter on Instagram Tuesday night.

Normally, there wouldn’t be anything especially newsworthy about that, but some fans believe the pic’s caption is an indication that Floyd has been fired from Teen Mom OG.

Obviously, Cheyenne doesn’t come right out and say she’s no longer employed by MTV, but  you have to wonder.

The vagueness of her language coupled with the fallout from a recent controversy has given some fans the impression that Cheyenne is the latest reality star to get the axe.

Floyd joined the Teen Mom OG cast back in 2018 as a replacement for Farrah Abraham (who was also canned for various controversial statements and behaviors).

At the time, there was an uproar over old tweets in which Floyd made racially-charged comments that seemed to be part a misguided attempt at edgy humor.

"This little white kid told me I looked like a cat today. I shoulda kicked him in his head," reads one such tweet.

"My mom said I can’t see The Help, she knows I already have a problem with white people," Floyd wrote in another.

"Last night I saw it and I wanted to kill every white person I saw," she added.

In addition to those remarks, Cheyenne reposted a tweet that describes her and a friend as "nazi-loving, black power-having, ‘kill-a-white-baby-if-i-could’ people"

The confusing nature of the tweet aside (it’s a little tough for "nazi-loving" and "black power-having" to co-exist as qualities within a single person), it’s not hard to see why fans were upset.

These are years in which Cheyenne was 19 and 20 years old, respectively.

We’re sure she wishes she could take them back, and as the generations that grew up with social media enter adulthood, we’re certain to see more regrettable "jokes" from public figures.

How long is long (and young) enough to forgive such behavior?

It’s a tough question to answer, but there are those who would like to see Cheyenne fired immediately for her past remarks.

Among them is former Teen Mom 2 star David Eason.

As fans know all too well, Eason was fired by MTV in 2018 after hurling homophobic slurs at fans on social media.

Now, Jenelle Evans’ terrible spouse is calling the network out for what he sees as hypocrisy.

“[MTV] only takes action when it benefits them, they don’t actually care,” he wrote.

“If they did [Cheyenne] would have never been accepted to ‘Teen Mom,’" Eason continued.

"Where is the equality with these big corporations? At this point, MTV needs to be held accountable for their racist behavior and discrimination!” Eason continued.

David’s remarks are foolish for a number of reasons, not the least of which is that there are several key differences between his situation and Cheyenne’s.

But MTV is on high alert these days, and network execs are likely more sensitive to allegations of racism than they might have been in the past.

On Tuesday, The Challenge star Dee Nguyen was fired by MTV after it was revealed she launched a social media tirade against the Black Lives Matter movement.

So is Cheyenne next on the chopping block?

Until there’s an official announcement from either Floyd or MTV, we won’t know for sure. But it doesn’t look good.

Case in point: Taylor Selfridge was fired by the network for racist comments she made online years ago as well.

Taylor just had a baby with Cory Wharton (above), who also has a baby with Floyd. This is escalating very fast.

Whatever the case, it’s not hard to see how Cheyenne’s cryptic comments might have left fans with the impression that something is afoot.

And whatever is afoot cannot be good.

We’ll continue to monitor this situation, and we’ll keep you updated as new information becomes available. 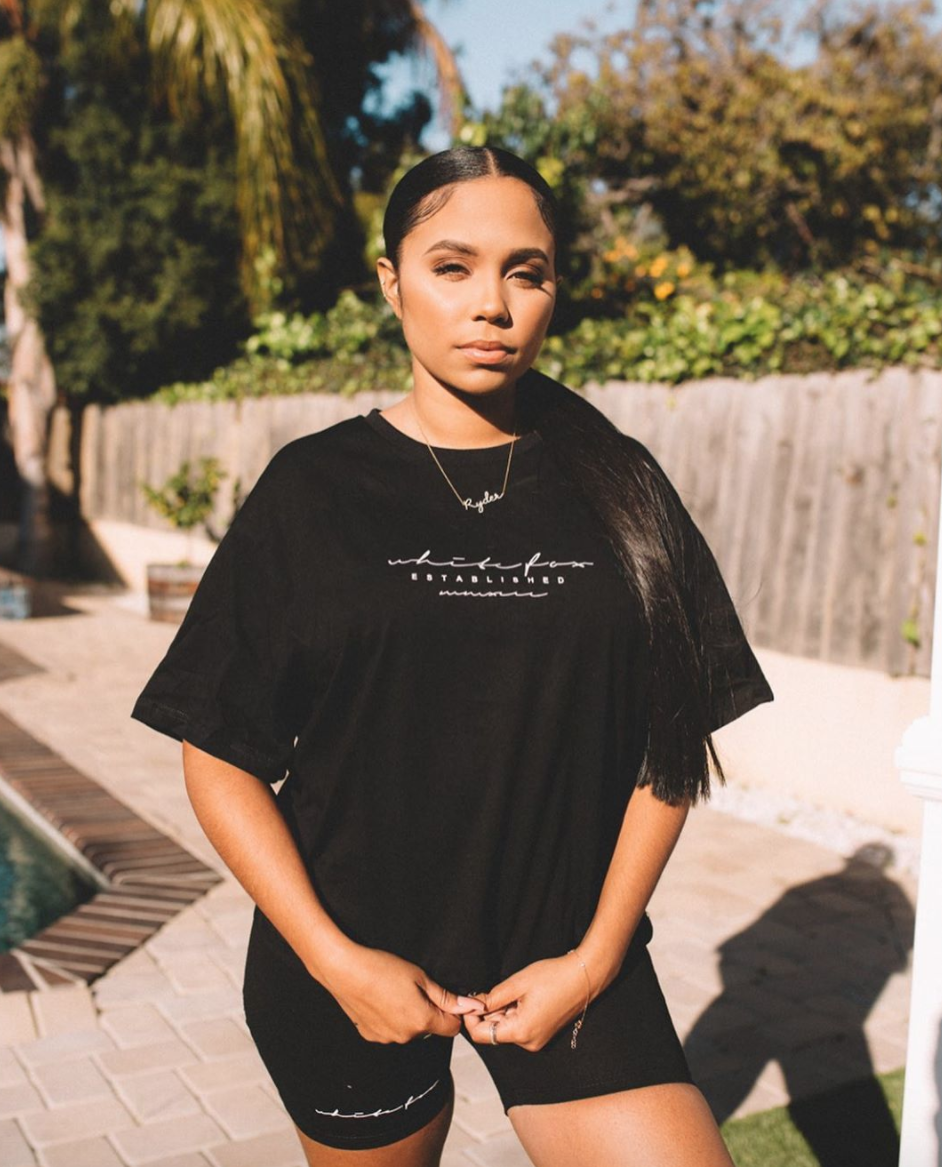