90 Day Fiance: The Other Way Season 2 continues, with fans having more and more questions about Brittany Banks’ lies about her divorce.

Reunited and it feels so good!

Jenny Slatten and Sumit are finally face to face after five long months of separation.

It was a genuinely touching reunion — for them, and for those of us who have been watching their story since Season 1.

"This is my happiness right here," Jenny exclaims. The two are positively giddy.

But meeting up is not without its complications.

Sumit explains that his apartment is "underdeveloped" because he is trying to save as much money as possible during his divorce.

That turns out to be an understatement, as the place is a mess.

Sumit’s "underdeveloped" apartment isn’t just underfurnished or something — there are things that need to be fixed, and he lacks the budget.

On the plus side, he had arranged for a sweet if surprising housewarming ceremony for Jenny’s arrival.

The ceremony is sweet, and a cow — a symbol of wealth — is walked through the home.

But the "wealth" is still symbolic, which Sumit makes clear.

He "jokes" about how they are now in an area with a higher crime rate. We have a feeling that we will hear more about this financial strain.

We previously saw Armando have a difficult discussion with his sister about his sexuality.

Now, he has to have that talk with his parents, who have not been accepting in the past.

This time, Armando explains how much he has suffered while trying to live a lie. Also, being filmed for reality TV has to help.

His parents cry and embrace him.

"It’s a beautiful feeling to hear [from my mom] that she loves me, that I’m her boy," Armando tells the camera. "That’s what I needed in my life."

"As parents, the pride we have as Mexicans, is what hasn’t let us see beyond reality that he’s gay," his father explains.

Mexico legalized same-sex marriage in 2010, four years before the US did, but years after some states in the US did.

But still, just as in many countries, there are bigoted cultural undercurrents that can prevent people from living their lives.

"I feel I found happiness with Kenneth and that’s where I want to be," Armando expresses.

He adds: "I hope that…you’ll accept me with him."

Kenneth’s father admits that he will take time to consider whether he will visit them once they move in together.

That’s not great, but it’s an improvement over the past, when Armando was forced back into the closet.

Meanwhile, Kenneth has yet to travel there. It’s good that Armando is getting these important conversations out of the way.

A lot of fans are rooting for Kenneth and Armando.

Moving on to Deavan Clegg and Jihoon Lee, another familiar couple from Season 1.

Deavan, her mother Elicia, and children Drascilla and Taeyang are at the airport.

Jihoon has not been making very adult choices or meeting Deavan’s expectations for what a parent and partner should be able to do.

Jihoon meets up with friends ahead of Deavan’s visit, admitting to them that he "doesn’t really have a real job."

(Note, some have said that TLC is playing word games with translations, and that he’s saying that his job is part-time rather than salaried)

He has told Deavan that he has a job in tile, but he has just been doing deliveries — not enough to make ends meet.

"I lied to Deavan," Jihoon explains on camera.

He says that he lied "because if I have no money, Deavan’s not coming to Korea."

Yes, because it would be irresponsible to uproot your entire life without knowing if you can feed or shelter your children.

Deavan does not seem to know about his deception yet, but Jihoon’s friends are already pissed.

"He’s making a fool out of Korean men," Jihoon’s friend tells the camera.

To be fair, people from just about every country — including the United States — have made their home countries look bad. That’s reality TV for you.

On to Brittany Banks and Yazan Abo Horira, whose cultural differences are rearing their respective heads.

Yazan speaks to his father to discuss how soon Brittany will arrive.

His father has concerns, and Yazan is happy to put him at ease … by lying.

His dad’s main concern is whether Brittany will convert to Islam, which she has said that she will not do. She is not religious.

Yazan assures his dad that Brittany will wear a hijab, which Brittany has also said that she does not plan on doing.

(Notably, not all Muslim women wear hijabs, and there are many types of coverings, but Brittany has no plans to convert)

Yazan and Brittany very sweetly embrace when they meet at the airport. He has even brought her a bouquet.

But Brittany shows the 90 Day Fiance production crew that she has brought with her a bottle of alcohol.

Yazan sees it and flips out, yelling "F–k you, f–k the Brittany. I am so stupid," as he climbs into his car. Yikes.

He has told Brittany that she cannot drink in Jordan … which is not strictly true.

It’s not illegal, some restaurants serve alcohol, and there are even bars in major cities.

But alcohol is not permitted in Islam, which means that Brittany drinking flies in the face of the lies that Yazan has told his father … and himself.

"I’ve never seen him act like that and it was scary to me," Brittany admits. "I’m not proud of his behavior at all. I’m actually very disappointed."

"This is exactly what my parents warned me about," Yazan complains in the mean time.

He accuses: "Brittany either doesn’t understand or doesn’t care about the traditions or the country I live in."

"Of course I respect his culture and his choices but at the same time I am not Muslim," Brittany explains.

For example, she is not asking that he drink, just that he respect her choice.

"It reminded me of the way my ex behaves," she admits, "and so if he’s going to behave like my ex then I don’t want anything to do with him."

Ariela is packing up for her permanent move to Ethiopia.

Her mom is making sure that she packs medical supplies for eventually giving birth, including an epidural kit.

Ariela notes that this is a bittersweet move, admitting that she feels sad to say goodbye.

"The sadness comes with happiness too," her mom tells her.

"Hopefully when we get to the end of this journey," she says to Ariela, "there will be happiness on the other side."

Next week, we will get to see Kenneth’s big move.

He has to say goodbye to his four children and his precious grandbaby.

From there, he is moving to Mexico. We know that he made this move in November 2019.

Ariela will arrive in Ethiopia in next week’s episode.

That same friend says that she’s just another lapse in judgment … just like his ex-wife. Yikes.

Meanwhile, Brittany will have a difficult conversation as she confronts Yazan about his behavior at the airport.

We can’t wait to watch that mess play out! 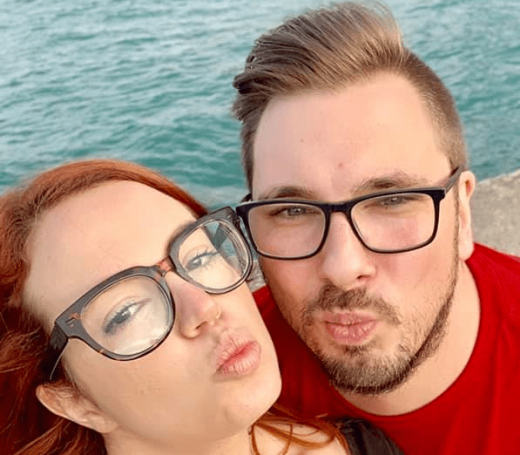 90 Day Fiance Happily Ever After Recap: Is Colt Johnson Already Cheating on Jess?