It’s been more than a decade since Jim Bob and the rest Duggar family made a name for themselves with a series of documentaries that eventually led to the TLC reality show, 19 Kids and Counting.

At first, producers focused on the sheer size of the family and the challenges that accompany the raising of such a massive brood.

But the longer the Duggars remained in the spotlight, the more viewers came to realize that their enthusiastic approach to breeding was just one of many, many strange things about the Arkansas-based clan.

The Duggars are extreme Christian fundamentalists with political views that fall just to the left of separatist militant groups.

And they weren’t shy about sharing their far-right wing views in front of television cameras.

In fact, Jim Bob told friends that he considered his TV shows (19 Kids eventually morphed into Counting On) to be a sort of modern ministry, a vehicle that enabled him to share his orthodox views with an audience of millions.

But as the public eventually learned, the Duggars were hiding a number of dark secrets — and now it looks as though even more damaging information will soon come to light.

It all started with the Josh Duggar sex scandals, which threatened to bring an end to Jim Bob’s media empire way back in 2015.

Even formerly devout fans swore off the Duggar clan amid revelations that Josh had molested five young girls, and his parents had helped him escape prosecution for his crimes.

With a great deal of finagling, however, Jim Bob was able to make his way back to television.

First he pitched a show that would focus on two of his daughters entitled Jill and Jessa: Counting On.

In time, the daughters’ names were dropped from the title, and the focus shifted back to Jim Bob and Michelle.

It was one of the great PR coups of Jim Bob’s career — so fast that he didn’t miss out on any time in the spotlight, but gradual enough that Duggar diehards didn’t sense anything was amiss.

But keeping secrets buried while living a life in the public eye is no easy feat in the internet age.

And it was only a matter of time before the foundations of Jim Bob’s empire were rocked by another wave of scandals.

This time, however, the threat is coming from within.

The feud between Derick Dillard and Jim Bob Duggar has been intensifying for months, and Derick recently revealed that he’s planning to write a memoir about his marriage to Jill that will contain many unflattering anecdotes about her father.

Specifically, Derick plans to go into detail about a scheme that enabled Jim Bob to keep the money earned by his children and mete it out in gifts and allowances that enable him to maintain complete control over his kids, even in adulthood.

Jim Bob has hired lawyers in hopes of preventing the book’s publication.

But in a recent interview with The Hollywood Gossip, a former Duggar employee went on record as saying he believes nothing will stop Derick from telling his side of the story.

And once Derick’s message is out there, the insider claimed, it will likely mean the end of Jim Bob’s time as a hero of evangelical conservatives.

"He’s definitely gonna do his book, and when he does his book, Jim Bob is done. He is done," the source said.

Asked specifically what Jim Bob is hiding from the public, the insider cited his greed, his ambition, and his temper as well-known traits that the patiarch has thus far managed to keep (mostly) buried.

"Jim Bob’s a totally different animal when the camera’s not on him," the insider added.

"So is his wife. I’ve seen her in a howling mood when she thinks no one’s around," our source continued.

"You’d be in the hallway, or you’d be in the office, and all of a sudden, you hear her spouting off at these kids or running after them with a spoon or a spatula."

The source believes Derick’s book will prompt others to come forward with accounts of the various ways in which the Duggars we see on television are very different from the Duggars in real life.

"All you see on TV is the angelic smile and the holier than thou attitude," the informant said.

"I don’t think that Counting On is gonna go on very much longer myself. Not after all of this," he added.

"I could see it coming to an end this year."

But for years, sources at TLC have claimed that the Duggars have been a thorn in the network’s side due to the family’s bigoted beliefs and constant scandals.

As their shows have remained profitable, execs have grudgingly put up with Jim Bob and his brood.

But there’s long been a feeling that the next controversy could be the straw to break the camel’s back.

And if Derick’s book is as scandalous as it sounds, then Jim Bob might have reason to fear for his future. 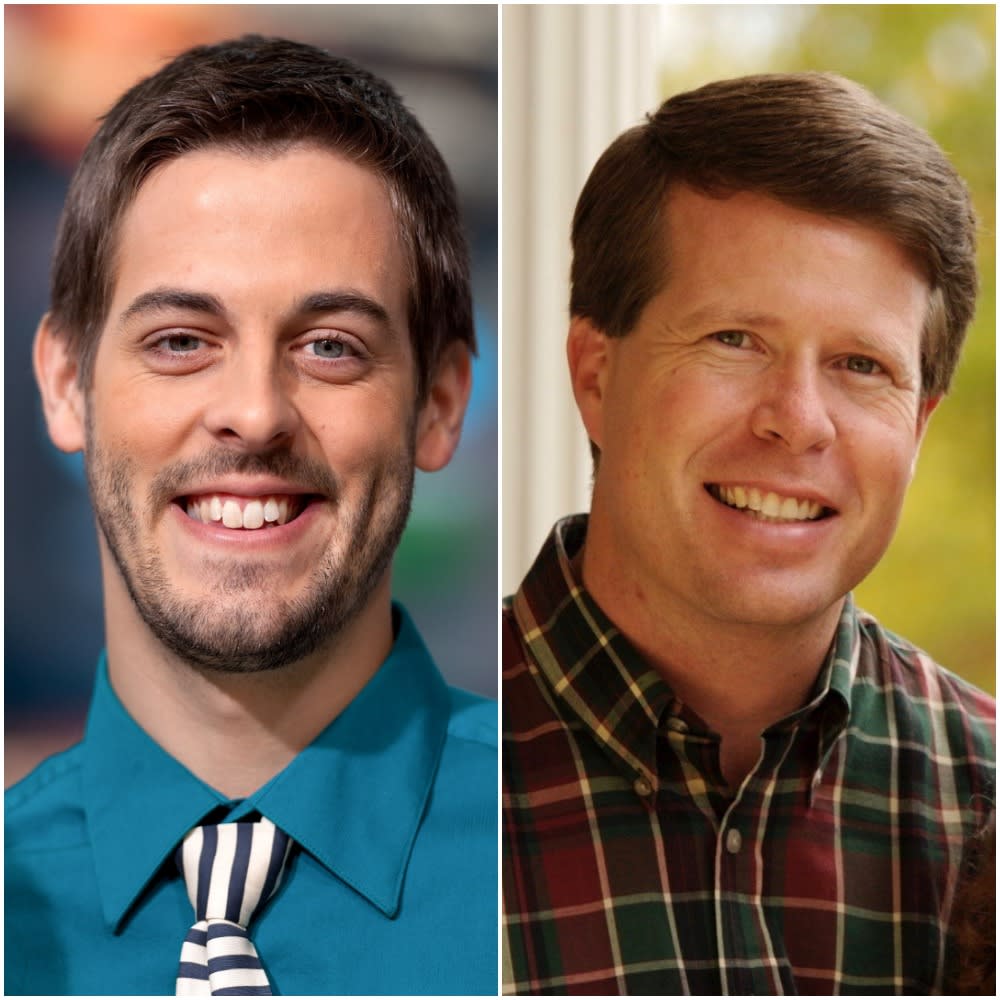 Derick Dillard: What Damaging Information Does He Have on Jim Bob Duggar?