If you’re a longtime Teen Mom OG viewer, then you’re probably familiar with Tyler Baltierra’s father, Butch, and his lifelong struggle with substance abuse and addiction.

When Butch checked into rehab and got sober back in 2018, family, friends, and fans were quick to offer words of kindness and support.

At the time, Butch stated that he was looking forward to a brighter future, as well as a much closer relationship with his son.

Sadly, that optimism was short-lived.

In recent weeks, Catelynn Lowell has offered updates on Butch that have deflated any sense of hope fans might have had about the possibility of Tyler’s dad returning to his life.

She says at this point, Butch is not only back on drugs, he has completely cut ties with his children and other family members.

“We don’t really talk to [Butch] that much,” Lowell tells In Touch exclusively in a new interview.

Catelynn says in the past, she and Tyler would have tracked Butch down and encouraged him to re-enter rehab.

These days, however, they’ve been forced to come to terms with the fact that they can’t help Tyler’s dad if he doesn’t want to help himself.

“I think that’s where it comes," Lowell says.

"Like, you know, with the whole setting boundaries aspects like even with Tyler, he, you know, he feels like it’s better that way too,” she adds.

“I feel like sometimes [Tyler] was just way too involved sometimes and took it on you know, like, ‘Oh, you know, is he sober? We need to make sure he’s sober.’"

Catelynn says Tyler’s commitment to helping his father began to take a toll on his mental health and his own ability to be an effective father.

"Like when it comes to the point where it’s like, no, that’s not your responsibility,” she says.

“I think it’s sad that he always relapses,” Catelynn adds.

“I hope and pray that one day he will be clean and stay clean forever.”

Lowell says that she and Tyler  “don’t really have a relationship" with Butch anymore and are uncertain of where he lived.

Fortunately, it’s not all bad news in the Baltierra family these days.

"She worries a lot about her dad, but I try [to] tell her that she cannot take his sobriety on herself,” she adds.

“She loves her dad.”

Unfortunately, sometimes loving someone means letting them go their own way. 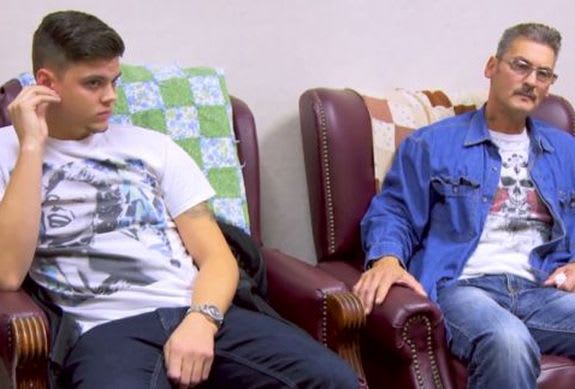 Catelynn Lowell: Butch Baltierra Is Back on Drugs and Out of Our Lives