But a growing number of fans have become convinced that Ben is not only unhappy, but now regrets marrying Jessa in the first place.

Fans have a litany of reasons for which they think that Ben regrets marrying Jessa Duggar.

For one thing, we know that in the Duggar household, the husband is responsible for work and paying bills.

Things weren’t quite so strictly divided in Ben’s household growing up. And Ben’s own household is so different these days.

The perception by fans is that Jessa has a dominant personality and that she takes charge with Ben.

A lot of it has to do with the consequences of marrying into the Duggar family rather than Jessa’s personality, however.

The Duggars may be in a fundamentalist cult on the fringes of society, but they are still loosely considered to be Baptists.

Ben and his family are from a Calvinist background. The theological differences between their families could really grate over time.

Baptists (and Methodists) are both Calvinist in origin, but their theological viewpoints have evolved a great deal since John Calvin.

And then there is the financial control that Jim Bob wields over his entire family.

The way that he maintains his vicelike grip of control over his extended family once they reach adulthood is through his considerable wealth.

Derick Dillard has revealed that Jim Bob greedily snatches up all of the Counting On money for himself.

It is believed that he pays his adult children an allowance in order to keep them on a leash. Anyone could grow sick of that.

So if Ben is so unhappy, as fans believe, why did he marry Jessa in the first place?

For starters, young fundamentalists have few choices and ae required to marry young. Ben was a teenage groom. That’s not time to get married.

Additionally, fans point out that Jessa is beautiful and was already famous when she and Ben tied the knot.

They believe that he was infatuated with her at the time … and that he is no longer feeling so over the moon and instead feels trapped.

But while those arguments carry some weight, let’s take a look at some of the counterarguments that fans have come up with.

For starters, Jessa is hot. A number of the Duggar daughters are very pretty. Jessa is probably the most beautiful.

Ben and Jessa may have been both too young to get married when they tied the knot, but hey, she’s still hot.

For better or for worse, plenty of husbands remain blissfully content having a hot wife.

The religious differences are no joke when it comes to fundamentalists. Even normal people can be divided over theology with their in-laws.

But Calvinist beliefs that salvation and damnation are both preordained isn’t incompatible with Duggar doctrine.

See, the Puritans themselves were diehard Calvinists. Just because they believed that the Elect were already determined didn’t make them run wild.

Instead, it was their philosophy to act devout in all ways, even if they could not actively change the fate of their soul. That can fit with the Duggar lifestyle.

Ultimately, none of us can read Ben’s mind or know how he feels about his marriage.

But even if he has serious regrets, he is unlikely to budge. Fundamentalists don’t do divorce. Even Anna Duggar stayed with Josh.

And even if Ben decided to convert to a more chill belief system or to none at all, he might choose to hide it.

Why? Because in the fundamentalist world, everything from job opportunities to housing comes from family and church connections.

Ben and Jessa likely wouldn’t know what to do with their lives, or how to do it, if they left. That’s exactly how their families want it. 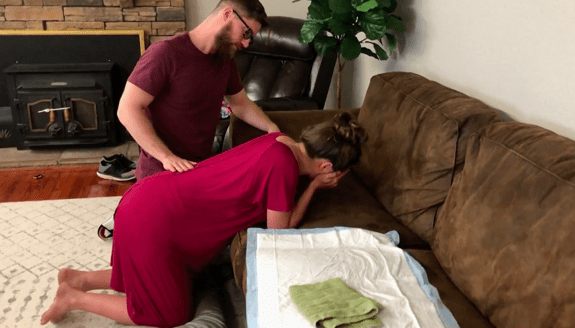