In the weeks since Kobe Bryant was killed in a tragic helicopter crash, family, friends, and fans have honored the Lakers legend in ways both heartwarming and heartbreaking.

Never one to be outdone in terms of a grand gesture, it seems the title of Most Bonkers Kobe Tribute belongs to none other than Amber Rose.

As you can see, Rose has decided to adorn her forehead with some elaborate — and permanent — script.

The tattooed words read "Bash" and "Slash," which may sound a bit violent a first, but it turns out those are Rose’s nicknames for her sons, Sebastian Thomaz and Slash Edwards.

The 36-year-old debuted her latest body art with a pair of Instagram pics.

"When ur Mom lets you draw on ur Barbie #Bash #Slash," she captioned the first photo.

For her second pic, Amber got went more in-depth — and more hilariously profane.

"For the people that are telling me I’m too pretty for a face tat are the same people that would tell me that I’m ‘too pretty’ even if they thought I was ugly and lie to me Lol," Rose added.

"Or they would just tell me I’m ugly so either way the moral of the story is do whatever the f–k you want in life – muva."

On social media, Rose’s comments about her tatts have had a rather flippant tone (although we don’t doubt the sincerity of her message), but in a recent interview with Keyshia Cole, the model offered a much more serious explanation for her new ink:

"I gotta be honest. And I don’t want this to sounds corny or whatever. After Kobe died… it made me reflect on my life," Amber said.

"And I don’t want people to be like ‘Oh Kobe died and you went and got a tattoo.’ But it was kind of like that," she continued.

"My dad had cancer when he was like 40. And he went through remission and he’s good, but he almost died and I’m 36 and I was like I’ve been wanting this tattoo for a long time."

Obviously, it’s a powerful message, and a heartfelt tribute.

And as a bonus, Amber’s modeling career shouldn’t be adversely affected by her new look, as she’s perfectly on-trend.

Cranial ink is all the rage these days, and just this week, Cindy Crawford’s son, Presley Gerber debuted a new facial tattoo.

Of course, we doubt that factored into Amber’s decision-making process.

She’s more the type to set trends than follow them. 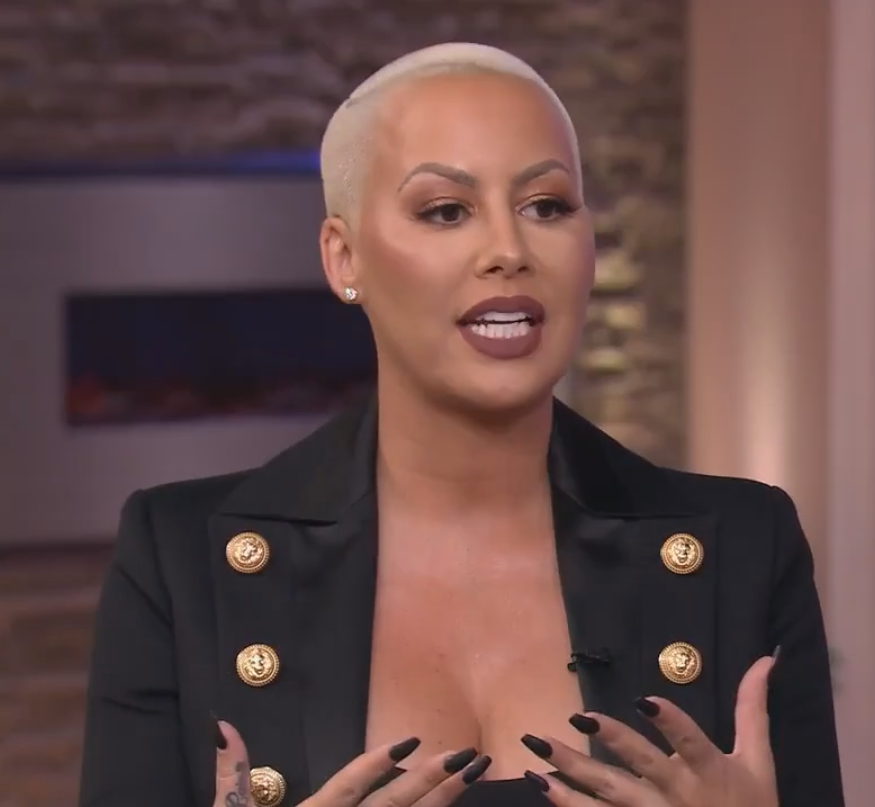 Amber Rose Slams #MeToo Movement; Does She Have a Point?