The ugly fallout between Meghan King Edmonds and Jim keeps getting worse, and Meghan just wants to move on.

She’s interested in dating again, but the mother of three says that she’s not looking to date any single dads. Those kids, she says, would be "baggage."

When Meghan King Edmonds sat down with Nick Viall for his The Viall Files podcast, she got brutally honest about what she wants in a partner.

Or rather, about what she doesn’t want.

"I know this sounds hypocritical," Meghan willingly admits, given that she is a mother of three young children.

She confesses: "I’m not really into dating a guy with kids."

"I love kids and I loved being a stepmom," Meghan quickly emphasizes.

She explains her hesitation: "But it’s a lot of baggage."

That is an extremely loaded word given the subject matter at hand.

A lot of single parents dread hearing that kind of sentiment, and many recoil at the idea of referring to children as such.

She explains her reasoning: "But kids are a lifelong commitment."

"And you didn’t have any input into creating this child," Meghan adds, "and it’s hard."

We’re not super clear what she means by "input." Unless you’re ordering special CRISPR-made designer babies, your only "input" is a gamete.

"If I were to go into that relationship and be a stepmom," she says, "it’s hard. I know it’s hard."

"But on the flipside," she remarks, "a man with children knows what I’m going through because he has kids."

So it sounds like she’s not entirely ruling out single dads, just seriously considering the emotional investment that kids require.

Meghan King Edmonds’ children are very young. Aspen is 3, and the oldest.

Her twin sons, Hart and Hayes, are only 19 months old. She shares all three with Jim.

When Meghan married Jim, she became a stepmother to four children: Landon, Sutton, Lauren, and Hayley.

Lauren and Hayley are now adults. Considering how much Hayley loathes Meghan, it may be that she didn’t have the best experience.

Jim Edmonds has allegedly bowed out of responding to Meghan … except that he has a rep who can clap back at her every word, apparently.

Speaking to Us Weekly, Jim’s representative released a terse statement about Meghan’s comments.

"I can’t help but wonder how Jim’s four children feel about being called baggage," the rep remarks.

To be clear, she was referring to the children of potential future partners, but yes, it seems clear that Jim’s kids inspired her words.

If they do have any thoughts, it seems clear that Meghan’s not going to hear from them.

"They are almost 14 and 11,” Meghan commented last week about Landon and Sutton. “I have no contact with them."

"I’ve been blocked from their phone numbers, from their Instagrams," Meghan lamented.

She revealed: "They’ve been told things, according to Jim, that I’ve never said."

Divorce can be such an ugly business, and this nasty split between Meghan and Jim is no exception.

Meghan’s choice of words was absolutely poor. We’re sure that she’d hate to hear a man say something similar about single moms and their kids.

However, we think that her comments were strongly influenced by her experiences with Jim and the pain of then being cut off from all four stepkids.

She’s not sneering about "someone else’s brats." It seems clear that she’s afraid to emotionally invest in other kids only to one day lose them, too. 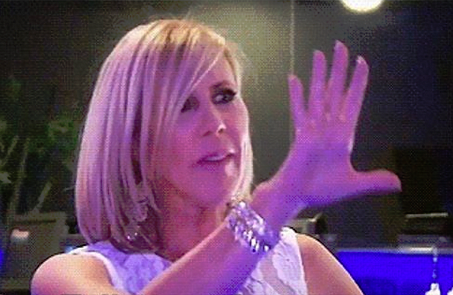