With a packed Democratic field, impeachment proceedings, suspicions of foreign intervention, and the threat of global annihilation that seems to loom over just about everything these days, it’s hard to imagine a more bonkers election than the upcoming 2020 race.

But if we make it to 2024 without a tiny, Big Mac Secret Sauce-encrusted index finger pressing the nuclear launch button and ending mankind as we know it, that year’s election might be even more insane, thanks to the involvement of a man who makes everything more ridiculous.

No, we’re talking about the possibility of Trump running for a third term (although that’s, like, definitely gonna happen, isn’t it?).

We’re talking about the legitimate possibility of Kanye West making a bid for the White House.

Kanye made an appearance at something called the Fast Company Innovation Festival in New York City on Thursday, and he took the opportunity to informally announce his presidential campaign.

"When I run for president in 2024, we’re going to definitely- yo whatchu all laughing at?" West said as the crowd rightly laughed its collective ass off.

"When I run for president in 2024, we would’ve created so many jobs that, in fact, I’m going to walk," Kanye continued.

"What I’m saying is, when y’all read the headlines, ‘Kanye’s crazy,’ this and that, this and that, it’s like one in three African Americans are in jail and all of the celebrities are in jail also because they can’t say nothing! They’ve got no opinion! They’re so scared!" he added.

Well, Kanye’s right about one thing — our sky-high incarceration rate is one of the biggest problems facing this country right now.

But while his wife is actually doing something about it by securing presidential pardons for non-violent drug offenders, Yeezy is busy discrediting himself by griping about how famous people are, like, totally in jail too, bro.

Look, Kanye has talked about running for president before — many times, in fact.

The campaign never materialized on those occasions, and it almost certainly won’t in 2024.

He’s claimed he’s only sitting out the 2020 race because he doesn’t want to run against his MAGA Daddy father figure, but in reality, there are many reasons why a legitimate Kanye West presidential campaign will never get off the ground.

For starters, Kim is a remarkably patient woman, but being forced to grin and wave while her husband rants about the necessity of a Canadian border wall would probably be the motivation she needs to finally divorce Kanye.

On top of that, the only people crazy enough to take on the role of West’s running mate are either locked up or too busy running the Candace Owens podcast network.

But the real reason Kanye will never run for the presidency is that Trump will still be throwing his hat in the ring long after his physical form is no more, and the technology of the Singularity has transformed his consciousness into a cheese fry-fueled cloud of bigotry and horniness.

Ya know, it might be a good idea to start speeding up this climate change process and just put the planet out of its misery ASAP. 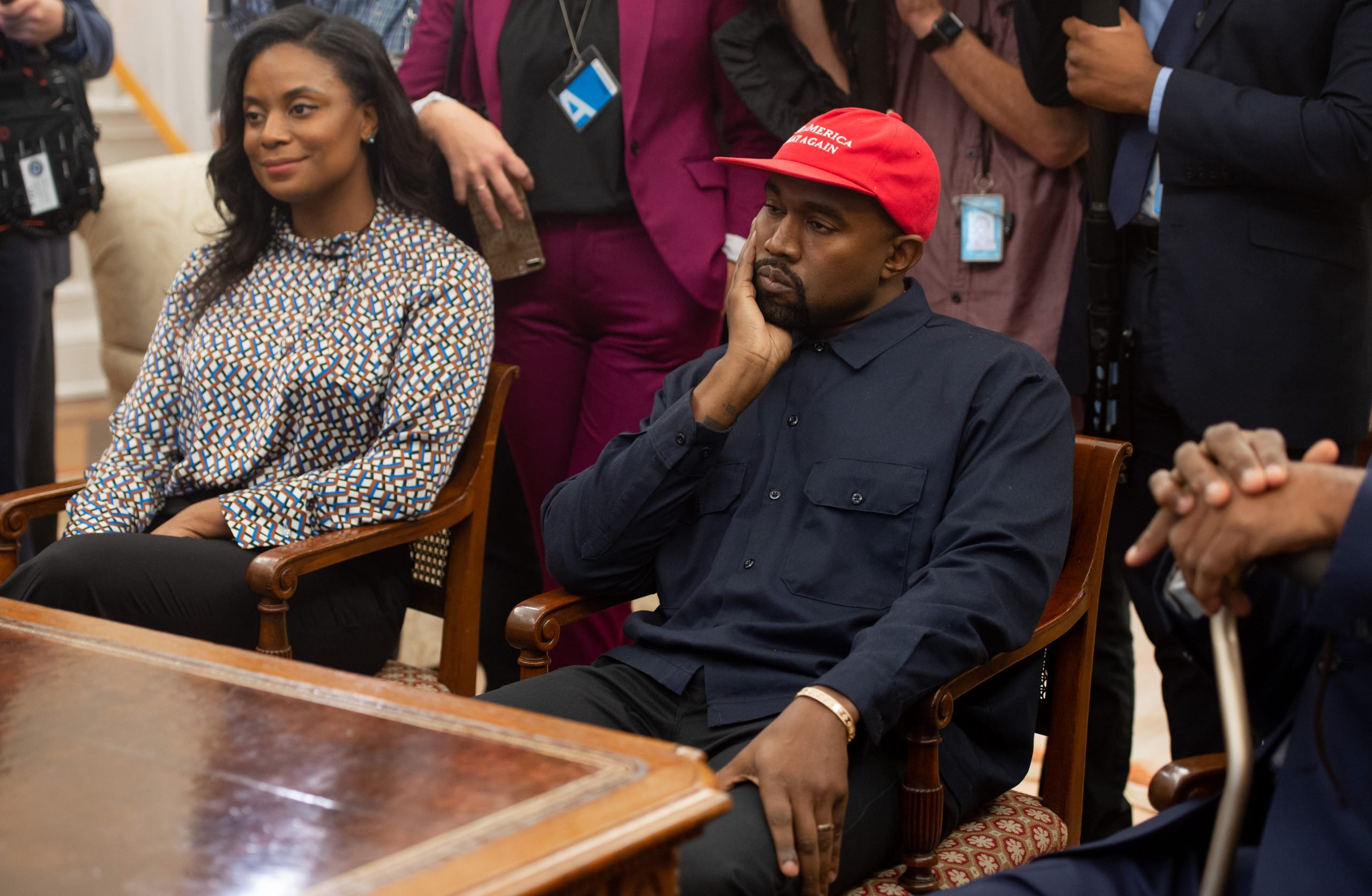