But whatever Nicole has been doing to trim down is clearly working.

Though she has always, always been beautiful, Nicole’s newest photo is jaw-droppingly stunning. See her dramatic transformation!

In the photo that you’re about to see below, Nicole is posing in a dazzling magenta dress.

The photo, the pose, and the angle are incredibly flattering and show you just how much Nicole has altered her figure.

Words cannot express how good Nicole looks in this particular picture — and we’re not even talking about her weight.

(Seriously, the moment that i saw this, I was excited to write about it)

But the most endearing thing about this image isn’t even Nicole — it’s the very special photographer.

Nicole identified the photographer and also provided some context for the stunning photo.

"When your daughter tells you you’re a princess and takes a picture," the reality star captioned the sweet snap.

Nicole also included a number of tags, though one of them was less popular with fans than the others.

"You look so cute," the fitness model accurately wrote.

Fans also rushed to shower well-deserved praise upon Nicole for her looks and for her personal body shape journey.

"Just need to photoshop some animated animals in there and poof! Disney princess!" joked one follower.

"Weight loss is showing," raved another fan. "You go girl!"

"Everybody’s got ugly toes," another said, referring to her self-conscious tag. "You look lovely!"

Not everyone has ugly toes or even thinks about them, but it was a kind thing to say.

"You are looking really great!!! Glad that your daughter sees you as a princess something positive and that she loves," wrote another follower.

That comment continued: "It only shows that you’re doing and amazing job with her and she loves you so much! You’re beautiful Nicole and deserve the best."

Unfortunately, not everyone was in as kind of a mood at those showering Nicole with compliments.

For example, one follower "gently" accused her of making up the circumstances of the photo in order to give her an excuse to take the snap.

(That happens a lot, especially with influencers, but there’s no reason to believe that this is what Nicole is doing)

Another tried trolling with a topic designed to hit much closer to home.

"Azan still don’t want her," one troll wrote without presenting any evidence. "It’s sad to watch."

People have been giving Nicole a hard time for her long-distance relationship with Azan for a while now.

They’ve been "together" for about 4 years.

Azan says that he’s unable to move to the US, cancels meet-ups at the last minute, called off two weddings in Morocco, and even claimed that you can’t send money out of Morocco.

For some of Nicole’s fans, these are all red flags and they want to see her stop (allegedly) wasting time.

Others say that they believe that Azan loves her (who wouldn’t?), but say that love isn’t enough if it’s taking this much time and money.

That is still Nicole’s business. It would be nice if just one photo of her could go without comments on Azan.

Nicole looks great, folks. We hope to see more "princess" photos in the near future. 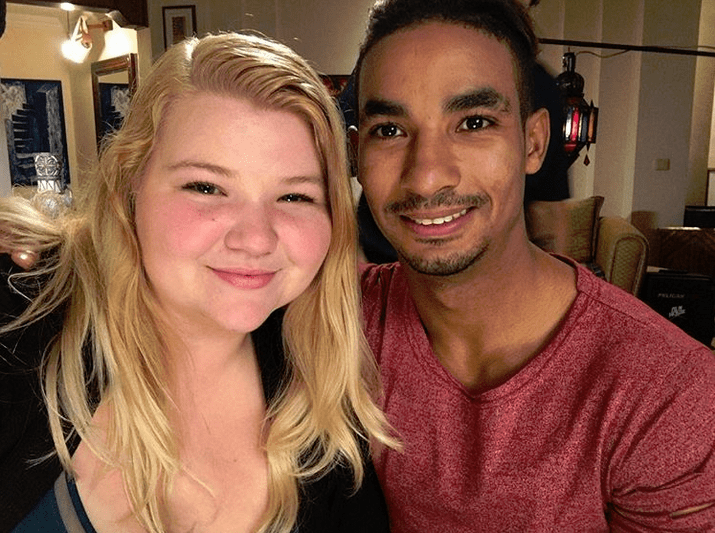