Now that The Real Housewives of Orange County is back, tensions that have been bubbling beneath the surface are playing out in public.

We are of course referring to the explosive Twitter feud between Kelly Dodd and Tamra Judge.

It turns out that Tamra is positively desperate to get Kelly fired … because one of them has to go, and she doesn’t want it to be her.

During the The Real Housewives of Orange County Season 14 premiere, some of the juiciest drama wasn’t on screen at all.

When Tamra was singing the praises of her new home, fans pointed out that $2 million was a little low-end for that neighborhood.

Kelly chimed in: "You can’t buy a tear down in Newport Beach for $2m. Coto is a nicer Temecula."

While apparently producers got them to back off on Twitter, a new report says that their animosity has "exploded" offline

RadarOnline reports that there’s more than just personal dislike at play when Tamra and Kelly clash like this.

According to their report, for Tamra, this is business.

"Tamra is desperately trying to get Kelly fired right now," the insider reports.

The source explains that she’s trying "because she thinks that Kelly is the only person standing in her way of staying on the show forever."

You don’t want to lose a gig like the Housewives if you can help it.

"She saw what happened to Vicki when Vicki got into with Kelly," the source remarks.

Vicki was of course famously demoted early this year, though it might be a stretch to say that it’s because she got on Kelly’s bad side.

"And," the insider continues. "Tamra is terrified that she could be next."

Wait … wouldn’t the solution to that be to not get into it with Kelly?

According to the production sources who spoke to RadarOnline, Tamra really could be next on the chopping block.

"She’s not too off for thinking that way," the source claims.

It may be that, as producers bring on new stars and new castmates for the show, old dynamics will get shaken up.

Someone who fit very logically and dramatically into the social web of Housewives might suddenly be out of place when their frenemy loses their orange.

"Kelly is really just done with Tamra and Vicki," the source expresses.

According to the insider: "She wishes that people would see the truth."

"Tamra didn’t move because she wanted to," the source claims, seemingly confirming many people’s suspicions.

The insider explains: "She moved because she ran out of money over Eddie’s hospital bills and the Jim Bellino lawsuit."

"Tamra can say whatever she wants," the source concludes. "Because she will be gone next season just like Vicki is."

We’d suggest that Kelly and anyone else hoping to see Tamra get the boot resists the urge to count their chickens before they hatch.

With Vicki a mere "Friend," Tamra has the most seniority among the Orange County Housewives.

She has been a consistent source of drama. She’s also a popular meme among people who’ve never watched a minute of RHOC.

It’s entirely possible that Vicki could return as a full castmember in Season 15.

Dancing on the grave of Tamra’s reality career, no matter how you feel about her as a person, seems a little premature. 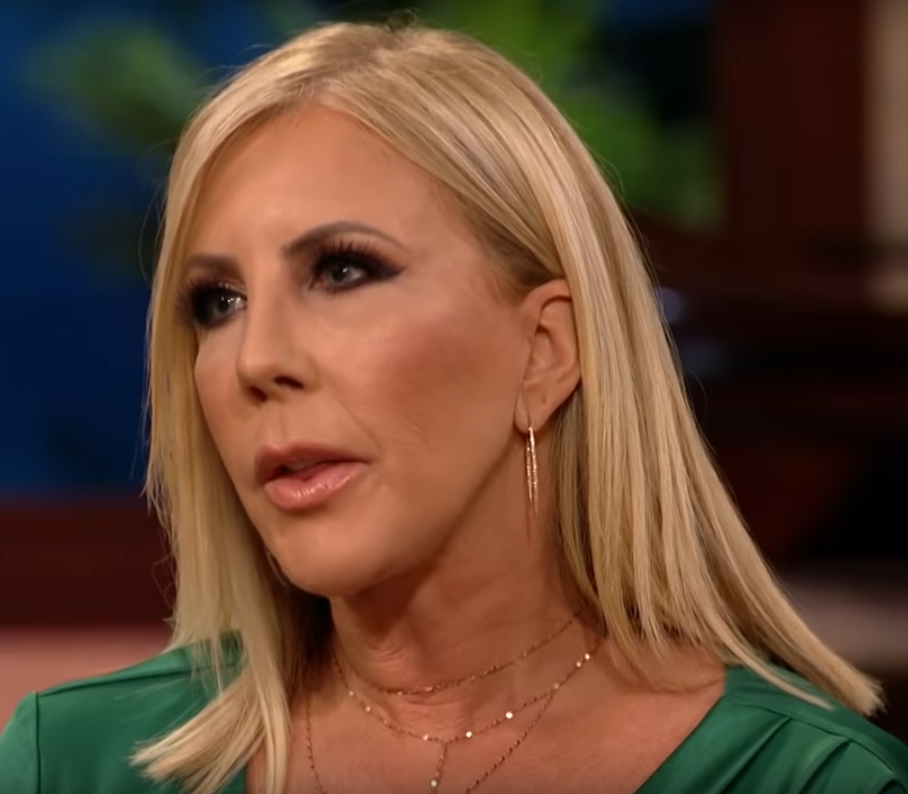 Vicki Gunvalson: DEMOTED to “Friend” of the Real Housewives in Stunning …