90 Day Fiance star Larissa Lima has been happy to share her cosmetic procedures, from fillers to getting bleached where the sun doesn’t shine.

Now, she is opening up about her future plans for her body.

And before anyone else can say it, Larissa herself is admitting it: she’s addicted to getting work done.

Speaking to Us Weekly, Larissa is recounting the work that she’s already had done.

"As well as having my lips done," Larissa recalls. "I have had injections to define my jawline."

Yep — we even have photos from that.

Larissa notes that she has also undergone "a non-surgical nose job." That means more injections.

"And," she adds, she has had "fillers injected into my butt to plump it up."

She received that "from Heather Rohrer of Center for Aesthetic Medicine and Human Performance."

"I admit it," Larissa confesses. "I am addicted to cosmetic procedures."

Maybe … or maybe not. We’ll discuss whether the term addiction really applies here in a bit.

"My dream is to have big breast implants," Larissa expresses.

This is actually not the first time that she has alluded to wanting to undergo a boob job.

"Which," she notes. "Would be my first actual cosmetic surgery."

90 Day Fiance: Happily Ever After? viewers can clearly remember Larissa imploring Colt to get her lip fillers.

"Colt should [have] to pay for my lip injections," Larissa suggested on the show.

She reasoned: "because he has a hungry sexual drive and I will feel very confident and sexy after I fill in my lips."

"Larissa constantly demands and wants things,” Colt complained. “I try to take care of her, I love her but it’s never enough."

Larissa is well aware that she has plenty of fans who would like to see more of her.

"More than any other question," Larissa says. "I am asked if I will continue to share my life on the show."

Larissa continues: "I think the answer lies with the true fans of 90 Day Fiance."

In other words, the fans who want to see Larissa on some sort of spinoff should make their voices heard. TLC will listen.

But does that really mean that she has an addiction to it? We’re not convinced.

Addictions are powerful compulsions. Larissa has undergone minor procedures that have only slightly changed her appearance.

What’s more is that the things that she’s had done are believed to have been promotional gigs.

She gets fillers (or bleaching, etc), and then promotes the business on Instagram. That’s not addiction — it’s good business as an influencer.

Some people may gasp with horror when Larissa says that she wants a boob job.

That’s Larissa’s business, not ours.

Second, there have been recent studies that show people becoming sick because of their breast implants.

We hope that, whatever Larissa may undergo, she remains safe and healthy. 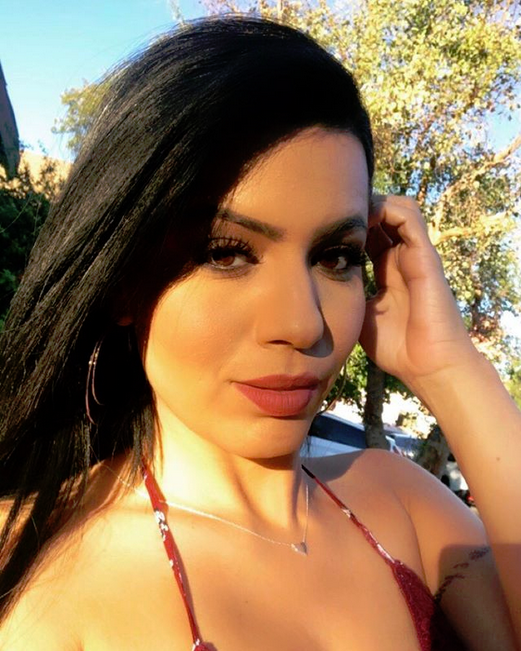