The second part of The Real Housewives of New York reunion was quite a wild ride.

We finally learned more details about Luann’s relapse, her recent court appearance, and so much more.

If you watch The Real Housewives of New York online, you know that Luann’s fellow cast members were drinking all season long.

This made it even more difficult for Luann to stay sober, possibly resulting in her arrest back in May for violating her probation.

After Andy showed clips of Luann struggling to remain sober throughout the most recent season, the cabaret star got candid.

"That’s the hard truth. That’s the reality that I live in that I don’t think that the girls really understand," she said.

"I don’t complain about it. I don’t really talk about it with you girls because I don’t wanna be a Debbie Downer, of course, but…"

"Well, you didn’t pass recently, so what happened?" Ramona blurted out.

"Well, as you know, I slipped," Lu replied. "And every day is a struggle."

Andy quizzed the countess about when she actually broke her sobriety.

"On Easter. Easter Day," she responded.

"You broke your probation by — you had two mimosas?" Andy wondered, adding:

"Then you took one of those breathalyzers and failed?"

"I did, yeah," she said, admitting that she submits a breathalyzer three times a day.

"I don’t have to blow ’til 3 o’clock. I’ll be okay,’ but I wasn’t. I can’t tell you how difficult it is because there’s no margin for error, and that’s a very difficult, stressful way to live."

"I don’t want you to feel like you can’t drink in front of me. And I think that’s why I really have been trying to keep myself together, and it gives me very little to give to you because I’m just really working hard to get through the last three months of this ordeal."

Bethenny, who has been struggling to connect with Luann of late, agreed with the judge’s decision.

But Luann then dropped the following bomb:

"That’s another reason why I’m going to court," she said.

"Some of the reports that have been filed are not correct, and so I’m going to straighten out those reports."

Um, what? That’s a pretty big turn of events, and if it is actually true, it could cause a lot of problems.

Before wallowing in it, Andy wondered if Lu’s cabaret lifestyle was not helping her stay sober, but she kept denying it.

He then asked her if she thought she was an alcoholic.

"I don’t really know," she said. I know that I was definitely self-medicating, and I was on a highway to hell."

Andy then asked why she was turning to alcohol.

[Ended] marriage, maybe? I was lonely. My kids are out of the house now. I’m alone."

The ladies then turned their attention to how long Luann spent in rehab. The countess claimed it was for three weeks, but the other ladies heard it was two.

Bethenny claimed that she had proof it was two weeks.

"This is like ABC’s, honey pie! The first month didn’t work for you? You stay another six months, four months," Ramona screamed across the couch. "You went the first month, it didn’t work."

"I don’t really give a shit! I don’t have an alcoholic problem, okay?!" Ramona shot back. "I’m gonna give you tough love."

"No! I’m not gonna give you a f–king break," Ramona shouted. "I believe you’re still drinking on the side! What do you think about that?"

What do YOU think? Is Luann still drinking on the side?

RHONY concludes next Thursday on Bravo. 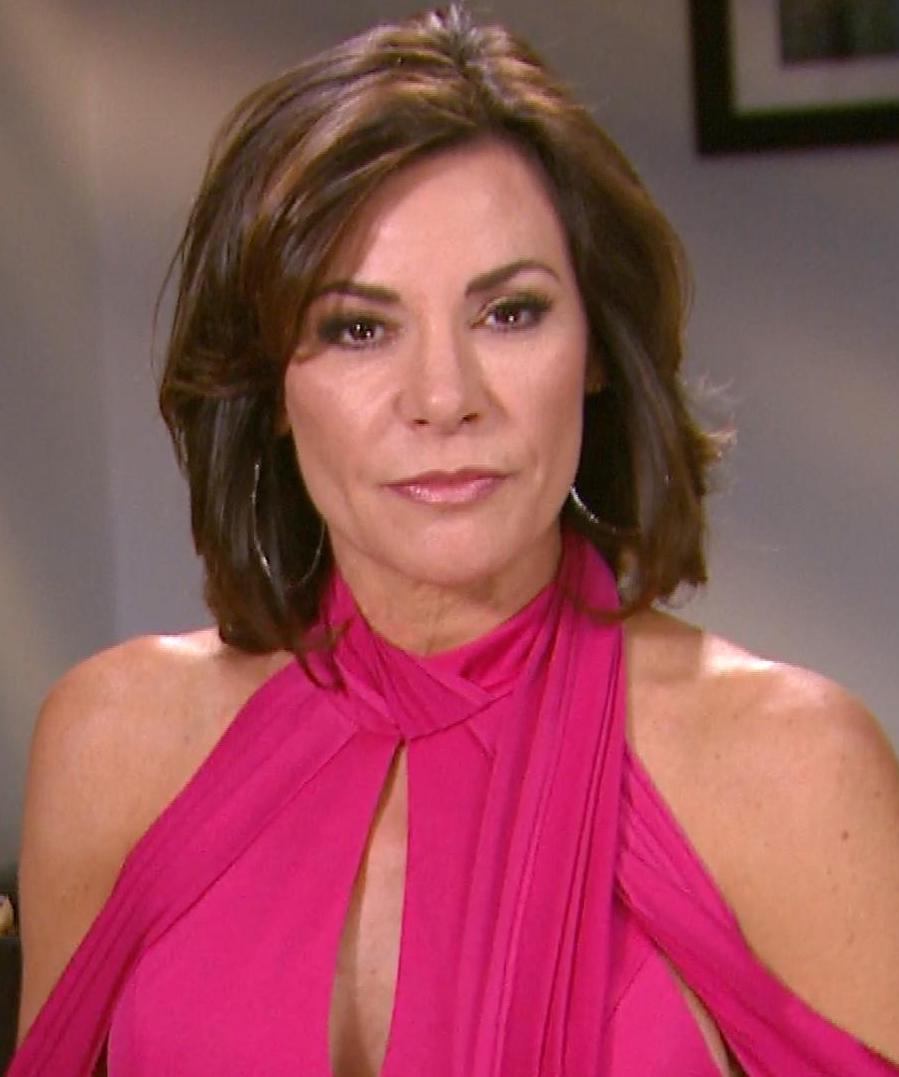