We already reported that NeNe Leakes’ tantrums have forced some casting shakeups out of Bravo.

But we can just about guarantee that she won’t like every change that producers have made.

Kenya Moore is returning to The Real Housewives of Atlanta for Season 12!

Kenya Moore is back!

It’s a huge surprise, since we had already reported that Kenya was involved in some filming issues on set.

(And by "filming issues," we mean that NeNe was refusing to film with her, of course)

But now, multiple source have confirmed to Us Weekly that Kenya is returning for Season 12.

She has her peach back!

"Kenya may be a friend," the insider notes.

"But," the source reminds fans. "It always depends on how filming goes."

The insider adds that it depends upon what is caught on film "and chemistry with the cast.”

Kenya spent years having enough chemistry for Full Housewife status, so we don’t imagine that it would be difficult to do again.

The source predicts: “Kenya could always be upgraded to full Housewife."

Even if we hadn’t already heard reports that Kenya was filming for the show in some capacity, this wouldn’t really be much of a shocker.

Remember, she only appeared in one episode of Season 11.

That simple cameo was enough to cause a lasting, painful rift between NeNe Leakes and Cynthia Bailey.

If Kenya can be the catalyst for that much drama in a simple guest appearance, imagine how much she could cause on a whole season.

Soon, we won’t have to imagine.

Kenya first joined the cast for Season 5 back in 2012.

(Doesn’t it seem like that was just a few years ago?)

But then, in the summer of 2017, things for Kenya changed very abruptly.

She became more guarded with information about her personal life — a decision practically antithetical to her job.

Kenya held a secret wedding to Marc Daly, sending fans and producers into a furor.

The whole point of following a reality star like Kenya is to capture not just the squabbles and feuds, but the big life milestones.

She waited weeks before she even revealed Marc’s name.

The story was that Marc didn’t like The Real Housewives of Atlanta because he believes that the show portrays black men in a negative light.

To date, he has made one brief appearance.

Kenya explained that she had elected to step back during Season 11.

"I have decided to take this season off to focus on my high-risk pregnancy in a healthy and drama-free environment," Kenya told Us Weekly.

She continued: "I thank Bravo for this amazing platform that has allowed me to grow, flourish, and appreciate the value of what is truly important in life."

And NeNe’s animosity only makes viewers more eager to see the feuds to come.

Kenya may not even have to do all that much work to find herself at the epicenter of drama.

It sounds like NeNe is doing the heavy lifting — at least, when she’s willing to actually film with her castmates. 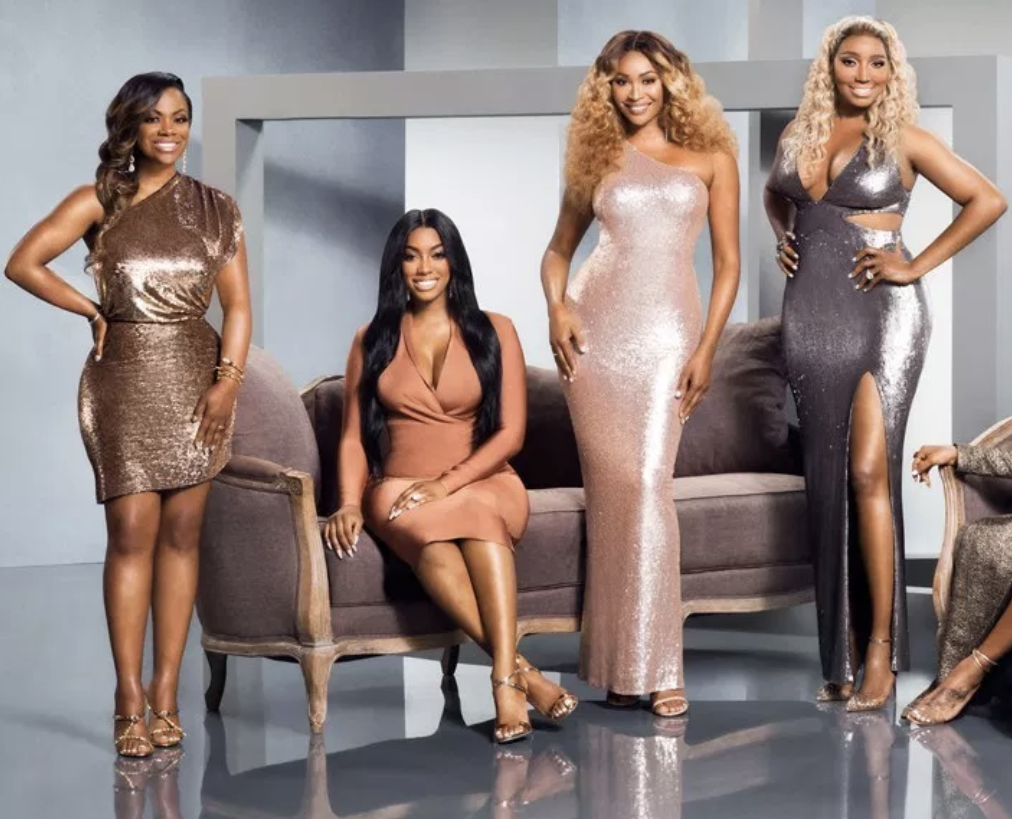