90 Day fans know that Andrei Castravet’s reluctance to look for a job has been a major headache for his wife, Elizabeth Potthast Castravet.

Andrei has stubbornly refused to ask Elizabeth’s father for help, despite having a basically guaranteed position at her father Chuck’s real estate company.

But now it seems the Happily Ever After? couple can rest a little easier, because Andrei finally got a job, and he’s already the boss!

In fact, In Touch reports that Andrei has opened his own company along with Elizabeth. It’s called Castravet Properties, LLC.

The Florida-based company currently has Andrei listed as the president, with Elizabeth as the vice-president.

Elizabeth was even working for him, as a property manager no less.

Andrei is clearly a beacon of pride and masculinity, and he had to find the most disrespectful way possible to tell his father-in-law that he doesn’t want his charity.

What better way to do that than by turning down Chuck’s offer for work, starting a rival company, and poaching his managerial staff?

Andrei has a history of clashing with Elizabeth’s family, so we’re not all that suprised he took it to this level.

Throughout the latest season of Happly Ever After?, Andrei has been chafing under Elizabeth’s (totally reasonable) expactations for him to find gainful employment.

At the beginning of the season, Elizabeth revealed she had an unplanned pregnancy with Andrei, and her family was not thrilled.

Chuck questioned the couple’s responsibility, and openly voiced his concern that Andrei was unemployed and couldn’t support the baby.

Andrei, a 32-year-old Moldova native, had most recently worked as a bouncer at a bar in Dublin before coming to America.

Unfortunately, Andrei’s immigrant status and relative lack of hireable skills put him at a disadvantage when looking for a job in America.

Struggling to find work is understandable in this economy, but it didn’t help that Andrei kept refusing the family’s attempts to help.

Chuck may not be crazy about Andre, but he’s taken care of the couple throughout their time on the series so far.

He gave 28-year-old Elizabeth steady employment and even gave her and Andrei a house to live in, rent-free, until the two were financially stable.

All he asked Andrei to do in return was to maintain the property and keep the yard looking nice.

That’s a really sweet deal, but Andrei couldn’t live up to his end of the bargain, resulting in further strife between him and his father-in-law.

When Chuck called Andrei out about their house being unkempt and uncared for, Andrei decided he and his wife had to move out.

Only, he didn’t have the money for the move, so Elizabeth convinced her father to pay for that too.

Clearly, Andrei is not comfortable with seeking help or owing other people. Some people see this as an admirable quality.

But there’s a difference between independence and prideful insecurity, and this difference matters when you have mouths to feed.

We’re relieved Andrei finally found a way to help take care of his wife and daughter.

But it’s very petty that he’s doing so by getting into the same line of work Chuck already offered him, all while cutting Chuck out of the equation.

Starting this real estate company with Elizabeth is sort of like Andrei’s declaration of independence from Chuck’s financial assistance.

But we doubt Andrei had the means or the motivation to get this company off the ground by himself.

How likely is it that the company was Elizabeth’s idea, and that she got daddy to pay for it?

If that’s the case, we’re betting the irony is lost on Andrei. But at least he gets to feel like he’s in charge now.

Being the president of a real estate company honestly sounds like a tall order for someone whose most recent aspiration was to be a truck driver.

We hope Andrei won’t blow this opportunity, and that he’ll learn to seek help from those more experienced in this industry, which is pretty much everyone he knows. 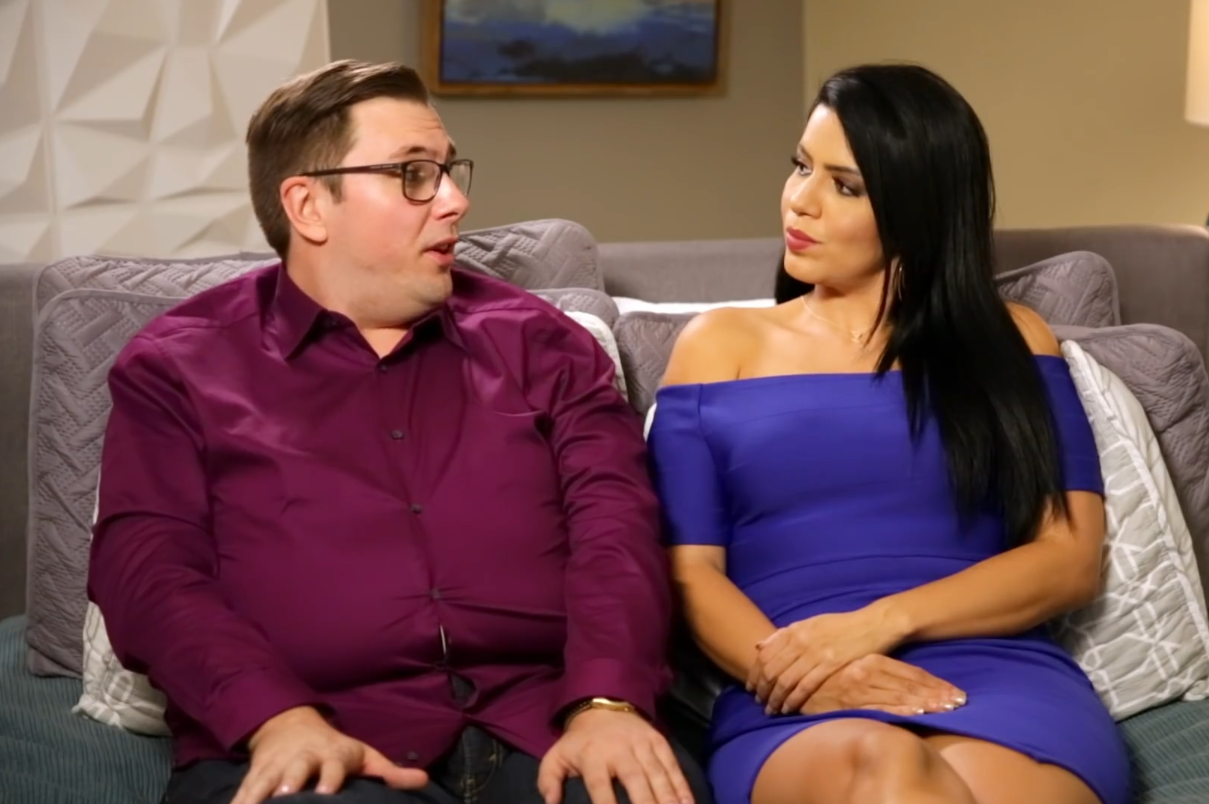 90 Day Fiance Happily Ever After Recap: Larissa Lima’s Husband is a WHAT?!