Though fans were thrilled to see Abby Lee Miller’s triumphant return to Dance Moms in the latest trailer, she still has cancer.

And while she is focused on recovery, she is also working hard on the show. Maybe too hard.

A new report says that Abby is wearing herself out on Dance Moms — and that her health could take a turn for the worse as a result.

A concerned inside source warns RadarOnline that Abby Lee Miller is pushing herself too hard on Dance Moms.

"She is stretching herself too thin," the insider fears.

According to the source, "she is working from 8am to 8pm."

Most of us have probably worked days that long or longer at one job or another, but we know that it’s not healthy — especially for a cancer patient.

"Her doctors are telling her to stop," the insider reveals.

"But," the source notes with resignation. "She needs the show and the money for a comeback."

Medical experts had similar warnings back when Abby began filming.

"But," the source said. "Doctors are not confident it’s the right time to leave her treatment in Los Angeles to head to Pittsburgh for a TV show."

"She is going against doctors wishes," the insider revealed. "And going back to work."

"Her body is not ready to be back in it,” the insider cautioned at the time.

The source elaborated, saying: “They are scared it’s too much work and traveling."

Her cancer battle is ongoing, and the source emphasized: "It’s still a long road for Abby."

Just because she herself is not physically dancing does not mean that she isn’t overworking herself.

The good news, at least, is that Abby Lee Miller has support and medical supervision no matter where she is.

"She has a doctor in Los Angeles and Pittsburgh," the insider noted.

And it sounds like experts in both places are coordinating to her benefit.

"The Pittsburgh doctor will report back to the team in Los Angeles," the source revealed.

You definitely want everyone to stay on the same page when someone’s body is being ravaged by cancer.

In the new Dance Moms promo, Abby acknowledged that her health battle is really taking its toll.

"I was ready to go back to work and start my life over," Abby noted. "And now I can’t even walk!"

"I need to go back to teaching and I need to get back to screaming at children," she joked.

That is, after all, the sort of inexcusable behavior that got her the well-deserved label of reality television villain.

"You have to fight to be a champion," she explained.

That’s … one way of explaining why you so often get into conflict with people.

Abby Lee Miller was released from prison last year and into a halfway house, only to notice a creepy paralysis.

Doctors performed emergency surgery, believing that they were going to find an infection causing her immobility.

Instead, they found that she has Burkitt lymphoma, a non-Hodgkins lymphoma more common in children, where patients have a 90% recovery rate.

Adults, among whom the cancer is rarer, have a somewhat lower recovery rate.

We of course hope that Abby Lee Miller makes a full and swift recovery.

Cancer is just the absolute worst. 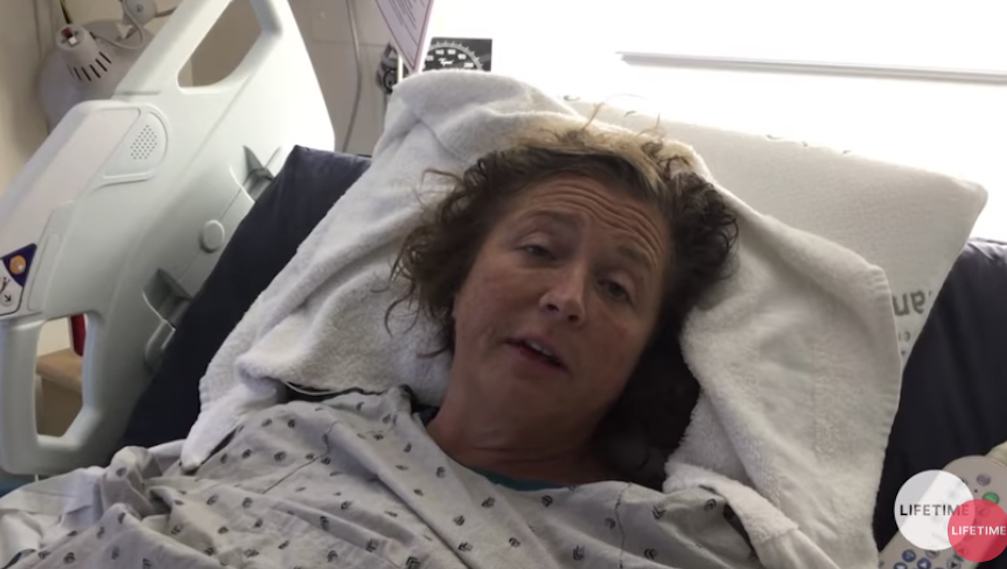