Jussie Smollett is officially in major trouble with the law.

About three weeks after the Empire star told police that he was savagely beaten by a pair of Donald Trump-loving racist, Smollett has been made a suspect by this same police force.

Over the past several days days, there has been chatter that cops in Chicago believed Smollett orchestrated his own attack and then continually lied to the public and to authorities about what happened.

Jussie Smollett is now officially classified as a suspect in a criminal investigation by #ChicagoPolice for filing a false police report.

If Smollett is charged with the felony cited here, he could face up to three years in prison.

Felony criminal charges have been approved by @CookCountySAO against Jussie Smollett for Disorderly Conduct / Filing a False Police Report. Detectives will make contact with his legal team to negotiate a reasonable surrender for his arrest.

The details of this case have grown more troubling and bizarre each day.

After initially receiving support and sympathy from friends, politicians and celebrities around the world due to his claim that he was a victim of a hate crime, Smollett is now the subject of extreme scorn.

He was questioned on Wednesday by prosecutors from the Cook County District Attorney’s Office regarding various details of his assault explanation that simply do not add up.

Perhaps more disturbing is this:

Two brothers from Nigeria were briefly arrested by the police after surveillance footage depicted them in the area of the alleged beating around the time Smollett said it took place.

However, these siblings formerly worked as extra on Empire.

After speaking to these siblings, however, the cops released them without charging them with any crimes — and they released this statement in the process:

"We can confirm that the information received from the individuals questioned by police earlier in the Empire case has in fact shifted the trajectory of the investigation."

It has since been reported that the brothers are cooperating with the police and pointing a finger at Smollett, alleging that he paid them to fake the assault and that they even rehearsed how it would go.

TMZ writes that Smollett cut the brothers a check for $3,500, but he wrote "training" in the memo line.

There’s also now video evidence of them purchasing supplies for the incident, presumably at the behest of Smollet.

Smollett, who is openly gay, said late last month that two assailants taunted him with homophobic slurs around 2 a.m. and screamed that he was in "MAGA country."

He said they punched him, tied a rope around his neck and poured bleach all over him.

In an interview with Robin Roberts, excerpted below, he stuck by this story:

And then he did so again through his legal team just a few days ago, saying the following:

As a victim of a hate crime who has cooperated with the police investigation, Jussie Smollett is angered and devastated by recent reports that the perpetrators are individuals he is familiar with.

He has now been further victimized by claims attributed to these alleged perpetrators that Jussie played a role in his own attack.

Nothing is further from the truth and anyone claiming otherwise is lying.

Various sources have claimed that producers are in the process of writing Smollett out of Empire, but executives deny this is the case.

If he’s arrested for falsifying a police report, however, his the future of his acting career may be the least of his concerns. 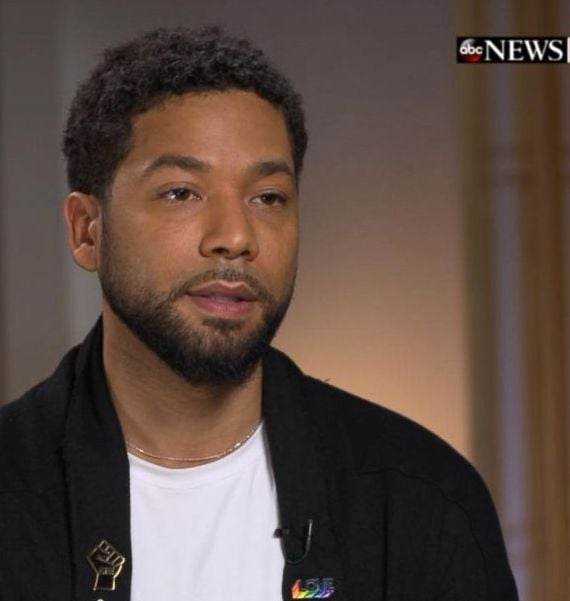