The Game is not playing around.

In a new track he debuted at a listening party last Thursday night, the rapper certainly hinted at a sexual past with … Kylie Jenner?!?

The artist, of course, made headlines for this same single over the weekend when it came out that a few lyrics in the same make explicit references to his history with Kylie’s half-sister, Kim Kardashian.

And we mean EXPLICIT references.

“I held Kim Kardashian by the throat, n-gga," The Game states in this song, according to a recording from the aforementioned party.

"I made her swallow my kids until she choked, n-gga."

The Game is saying here that Kim orally pleasured him until he ejaculated in her mouth and she swallowed his semen; just in case you weren’t certain why this line has been creating so much chatter online.

The man has a way with words that may get him murdered by Kanye West, doesn’t he?

As for what The Game also rapped about Kylie in this same single?

“Her sister made a billion in makeup/I used to make her frosted flakes when she wakes up,” he can be heard saying in a video posted by DJ Akademiks.

That certainly sounds a lot more innocent on the surface.

But is The Game not basically saying here that he also slept with Jenner?

What’s the alternative interpretation, that he served as Kylie’s nanny for a period of time?

In 2016, The Game did rap about f-cking three Kardashian sisters.

He later made it sound as if he meant Kim, Khloe and Blac Chyna, who was pregnant and engaged to Rob at that time.

Considering Kylie is 21 years old… and that The Game was bringing up previous sexual conquests about three years ago… there’s nearly no chance she would have been of legal age back when the musician is claiming to have bedded her.

So The Game may want to be a bit careful here.

It’s funny (to us) for him to bring up Kim and Kylie in this manner.

But it’s actually a serious and illegal matter if he really did have sex with, like, a 14-year old Kylie Jenner.

The thing is, Kylie alleged in September of last year that she had only just tried cereal with milk for the first time.

Granted, The Game does not specify in his song that he poured milk on to Jenner’s Frosted Flakes — but that seems to be the implication when he claims that he would "make" it for her.

Was Kylie trying to get out ahead of this Game rumor back when she made this odd admission?

Did she know it would be coming and she therefore opened up about her history with cereal in order to plant a seed of doubt in folks, knowing The Game would eventually bring up this exact topic?

But we’re pretty excited to see what The Game has to say next about Kourtney Kardashian. 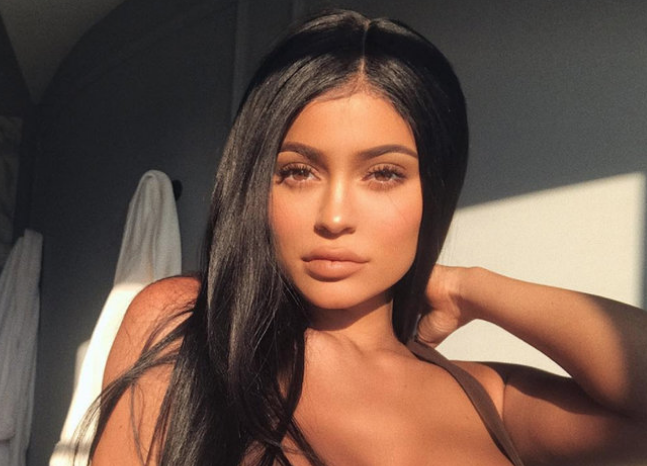