It’s been five months since Joseph Duggar and Kendra Caldwell welcomed their first child — a boy named Garrett — and it seems the new parents decided to raise their son in a fashion that’s very unusual in his family.

Typically Duggar women — even the ones who marry into the Counting On clan — eagerly share every moment of their infants’ lives on social media.

In fact, Joe and Kendra have shared exactly one photo of Garrett shortly after he was born.

The pic showed Kendra standing with sister-in-law Joy-Anna, and it seemed to be her way of confirming that the baby had arrived and was in perfect health.

The decision to keep such a low profile has struck some fans as odd.

After all, Kendra’s pregnancy was the subject of TV special, and she and Joe have never seemed press-shy in the past.

So while we may not know why Joe and Kendra have chosen to keep their child off of social media, most fans seem to agree that it’s important to respect their privacy.

Perhaps that’s why so many were surprised to see little Garrett pop up in a photo posted not by Joe, but by his sister Jinger Duggar:

That’s a photo of some sort of Duggar family meeting, and there’s Garrett and Kendra, front and center.

To be fair, Kendra and Joe probably don’t mind that the pic was shared by Jinger, and she probably even got their permission first.

It’s just interesting the young couple break with tradition in such an unexpected way.

Of course, this pic is interesting for a number of different reasons.

For one thing, it’s a rare reminder of the business side of the Duggars’ media empire.

Like most reality stars, the Duggars would prefer that fans think of them as a humble group of regular folks who simply live out their lives in front of TV cameras.

But there’s much, much more to it than that.

Jim Bob carefully crafted a business model, and he’s passed his secrets on to his kids, who are clearly very invested in keeping the gravy train rolling.

The photo is also of note due to the fact that it’s perpetuating rumors that Joy-Anna Duggar is hiding a baby bump.

Is her positioning behind the table coincidental or strategic?

It may be sometime before we know for sure, but you can bet the truth will come out eventually.

After all, the Duggars generally aren’t too concerned with privacy. 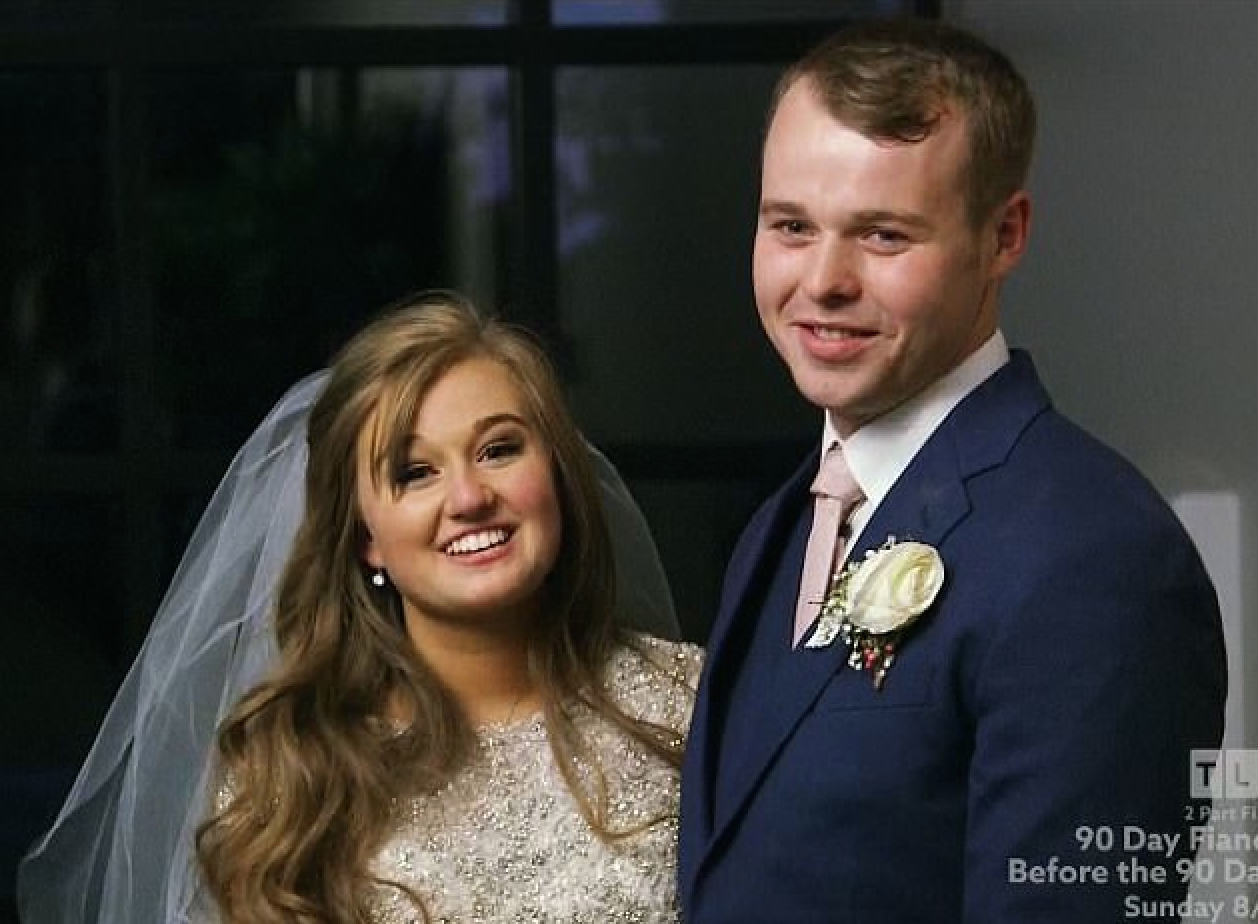