Even by the standards of the Duggars — a family that thinks women were placed on earth for the sole purpose of procreating — Derick Dillard isn’t exactly a progressive feminist.

In fact, Derick was fired from Counting On for expressing his ultra-conservative views on social media, which is kind of hard to wrap your head around.

After all, the continuing popularity of the Duggars has less to do with Jim Bob and Michelle’s breeding abilities than with their evangelical beliefs.

Whether you love them or hate them or love to hate them, there’s no denying that the Duggars fill a niche on basic cable.

Sure, the denizens of the Bible Belt have The 700 Club and Fox News, but their options in terms of reality and scripted programming remain limited.

This is due, in part, to the fact that few groups are less likely to seek out commercial entertainment than evangelicals, but TLC long ago figured out that it’s good to be their go-to when these folks put down the scripture and pick up the remote.

All of this is a long way of saying the Duggars have a very specific audience cornered, and maintaining their spot as the number one can be a tricky balancing act

And it seems they feel that removing Derick from the equation was essential to maintaining that balance.

At this point, it looks as though Derick has finally resigned himself to the notion that he’ll never again appear on reality television.

These days, Derick is attending law school, and his wife even attends lectures with him for reasons that aren’t entirely clear.

But as much as Jill and Derick’s idea of date night might not sound like much fun, it represents a generational shift in evangelical attitudes toward women and education.

Jill and her siblings were all homeschooled, and typically, women in the Duggars’ community are "strongly discouraged" from attending college, presumably because it might distract from their baby-making.

But amazingly, Derick says he’s all for women entering the world of higher education.

Or at least he begrudgingly accepts it, which is actually quite a progressive stance from a Duggar dude:

“If you had a daughter, would you encourage her to be educated?" a fan asked Derick during a recent Twitter Q&A.

"Would you encourage her to go to law school or medical school and become a professional like you?”

“Yes, if that’s what she wanted to do," Derick replied.

"My mom is a professional working woman and has been for the past 40 years."

Of course, it’s easy for Derick to say that, as he doesn’t have any daughters (yet).

And he would look like a pretty big d-bag if he made his wife attend classes with him and then revealed his belief that women don’t belong in the classroom.

But hey … we guess this is progress. 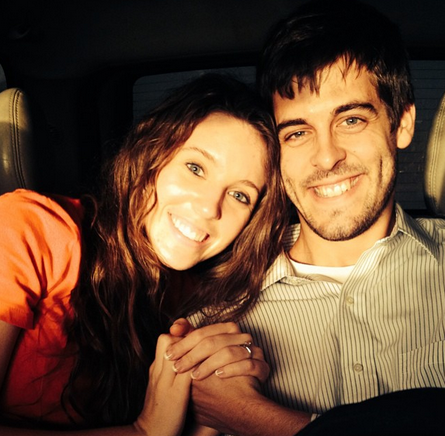