But the way in which this reality star did show has given followers a reason to be concerned.

On August 19, Jinger and husband Jeremy Vuolo gave fans a glimpse at their precious first daughter, Felicity Nicole, as a way to pay tribute to her first-ever birthday.

Felicity is only a month old, but still… that counts as a birthday.

To mark the occasion, Jinger posted a few pictures of her adorable baby on Instagram.

"Felicity is one month old today!" Jinger wrote as a simple caption to the following image:

Then, on Sunday, Jinger followed up this snapshot with two more.

The first leads this article up top and features the bundle of joy outside with her proud parents.

The second inlcuded with it a caption that reads "Those eyes!" because, well… just look at those eyes on young Felicity!

All these photos represent indisputable evidence that Felicity is pretty darn happy, healthy and cute, right?

Actually, that may be wrong, some Internet users are now saying.

Indeed, while some folks out there have labeled the official one-month picture as one of the most endearing in social media history, something about Felicity’s face and skin tone have others concerned.

"Wow, she looks blue. Is she okay? Seriously. I am not trying to be critical or mean,” one fan wrote as a comment, while another remark echoed this sentiment:

“I was really alarmed when I saw this picture. She is purple, and that’s not normal. You are right to comment as you did. I hope they take her in and get her checked out."

We don’t think these people are trying to be trolls.

They very likely have a legitimate worry (in their mind) over Felicity.

There’s only so much you can tell by a picture and you should maybe think twice (heck, maybe even three times) before setting up such alarms online.

As another follower put it well, chill out with the "scary, negative speculation," okay?!?

The Vuolos, of course, live in Laredo, Texas, making Jinger the first Duggar sibling to relocate outside of Tontitown, Arkansas permanently.

Upon becoming a father for the first time, Jeremy gushed back in mid-July:

“God is so kind. Jinger gave birth to Felicity Nicole Vuolo this morning at 4:37 a.m.

"Felicity weighs 8 lbs and 3 oz, and is 19.5 inches long. Both mom and baby are healthy, doing great, and resting well.

"We are very thankful for her safe arrival and look forward to life as parents!”

As for why they chose Felicity as their chilld’s name? We’ll go ahead and let Jinger explain! 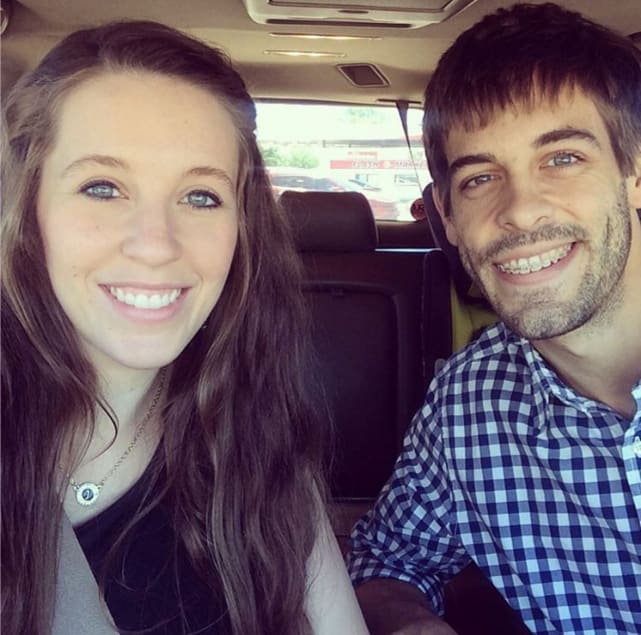