Samantha Grant has gone ahead and really done it now.

The estranged half-sister of Meghan Markle has spent the past year or so attacking her famous sibling, going after the new Duchess for ignoring their father and for essentially abandoning her family.

In Samantha’s very misguided opinion, that is.

About a week ago, for example, Samantha – who is 17 years older than Meghan and who did not grow up in the same household as Prince Harry’s better half – Tweeted the following:

A few days after Grant penned these kinds words to Markle, the pair’s father gave yet another interview to yet another British publication.

And, yet again, Thomas Markle absolutely BLASTED his daughter, accusing Meghan of cutting him off and holding a grudge against him for skipping her wedding and actively taking credit for everything Markle has accomplished.

This is not even hyperbole.

“What riles me is Meghan’s sense of superiority," Thomas said to The Daily Mail, adding over this past weekend:

"She’d be nothing without me. I made her the duchess she is today. Everything that Meghan is, I made her."

Markle has most remained silent while having her name endlessly dragged through the mud by her relatives.

But Chrissy Teigen could no longer sit idly by after reading Thomas’ latest insult-filled Q&A.

It’s unclear whether Teigen even knows Markle, but the former model has become well known for honest, open and hilarious approach to social media.

She’ll basically write anything, about any topic, at any time.

Heck, she once publicly told husband John Legend he could no longer bang her doggy style.

So… into the Markle-infested waters did Teigen wade on Sunday, Tweeting in response to Thomas’ ridiculous interview:

"this guy…this guy sucks. what is wrong with him? let your daughter be happy, please. this is embarrassing."

Naturally, this set off Samantha Grant, who is constantly looking for any opportunity she can find to make headlines.

"So this pudgy airhead… who knows nobody in the family is opening her pie hole?" wrote Grant on her private Twitter page, concluding of her dad and of Chrissy:

"This guy" is our father and deserves a lot of respect. You are the one who sucks."

We can’t help but wonder whether Donald Trump ghost wrote this Tweet for Samantha.

Teigen has not yet responded to Grant.

She may not do so because Grant is not worthy of anyone’s time and is just desperately trying to milk her 15 Minutes of Fame for as long as humanly possible.

But Teigen has never exactly been afraid of a fight, having taunted Donald Trump to the point that he recently blocked her. 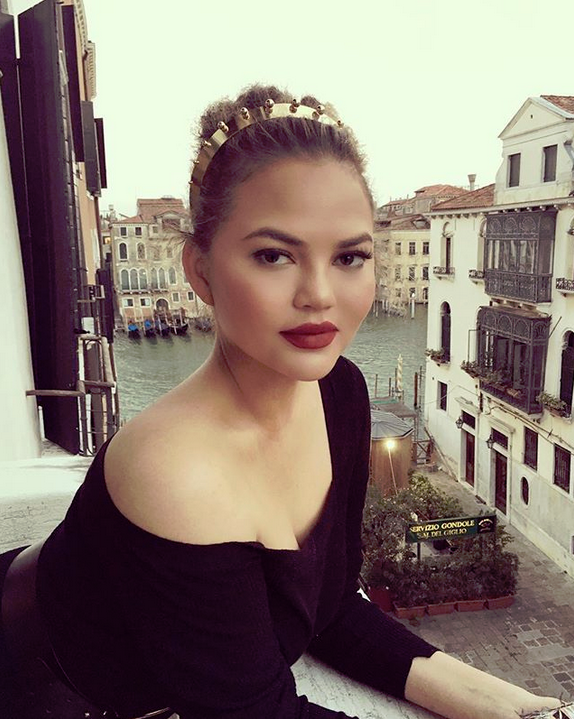