It’s only been two months since Kylie Jenner welcomed her first child, but if the latest round of rumors is to be believed, she’s already preparing to make little Stormi a big sister.

Yes, despite frequent rumors that Kylie and Travis Scott have broken up, it seems the couple is still going strong and they may be planning some aggressive family expansion.

“They’re in a better place again now and having romantic evenings,” a source close to the couple tells Radar Online.

The insider says Kylie has been gushing about how “amazing the sex has been” and says her relationship with Travis has benefited from the "bond of being parents.”

If you’re thinking it sounds like Kylie is ready for baby number two, you’re not alone.

“Given how fertile she is it wouldn’t surprise anyone if she gets pregnant again pretty soon," says the source.

The consensus seems to be that Kylie and Travis aren’t taking any precautions and that the mother of one is prepping her family for the possibility of a second bundle of joy in the very near future.

As for whether or not Kylie wants to get pregnant so soon, those who know her best say she certainly isn’t ruling it out:

“She doesn’t seem closed to the idea; she’s loving motherhood and determined to make things work with Travis," the informant claims.

It’s a far cry from a few months ago when Kylie was still pregnant and issuing stern ultimatums to Travis:

“Kylie doesn’t trust Travis at all and she doesn’t need him to raise this baby,” a source told Radar at the time.

“She does want to be with him, but only if he wants it and she has made this very clear to him.”

Obviously, the couple is in a much better place these days.

But it would probably be a good idea for them to give it a few more months before they double down on a second kid.

Then again, it’s sort of an "in for a penny, in for a pound" sort of situation.

Kylie and Travis are already tied to one another for life, and we know they produce photogenic children.

So what the hell! Why not give it another go? 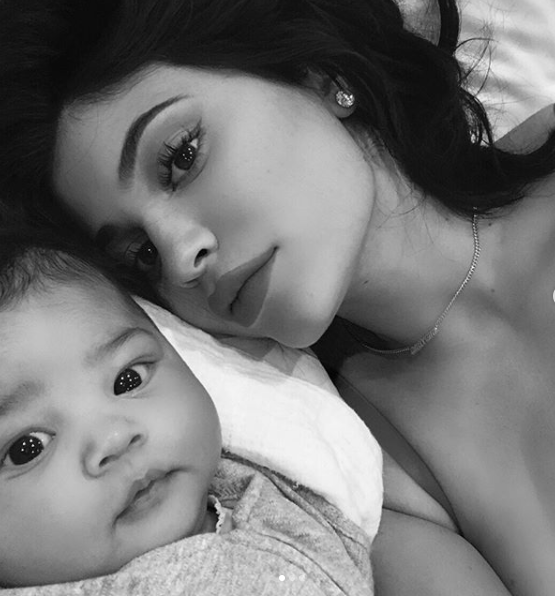